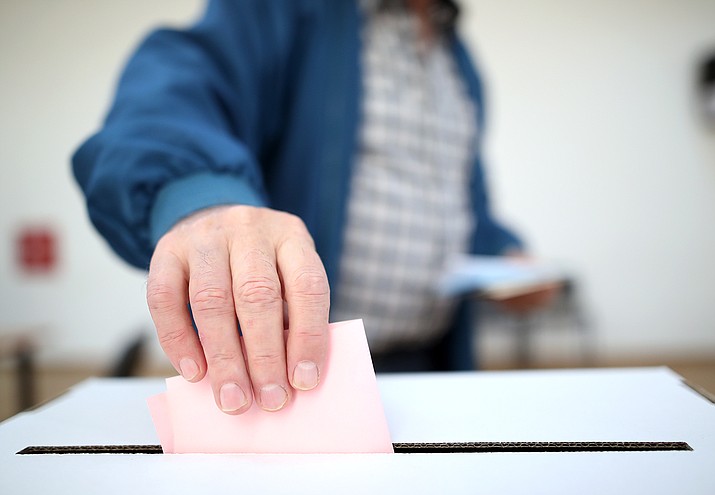 WILLIAMS, Ariz. - Williams residents voted to retain John Moore, who ran uncontested, for another two years as mayor at the Aug. 4 primary, while the Williams City Council race is still undecided.

Although votes are still being tallied, councilmembers Mike Cowen, Frank McNelly and Dawn Trapp are poised to retain their seats, with Cowen receiving 26.6 percent (411) of the votes, McNelly receiving 23.9 percent (369) votes, and Trapp receiving 19.8 percent (307) of the vote. Craig Fritsinger received 16.5 percent (255) and Michael Vasquez 13.25 percent (205) of the votes, according to the Coconino County Elections Office.

For the city council race, any candidate in the primary election who receives a majority of the votes will be elected to the council and will not need to compete in the Nov. 3 general election. The majority of the vote is calculated by dividing the total number of votes cast by the number of vacant seats. Thus of the 1,547 votes, 259 votes are the majority (50 percent plus one).

The Town of Tusayan appears to have a new mayor, as Clarinda Vail has garnered 59.65 percent of the votes (68 votes), and incumbent Craig Sanderson brought in 40 percent (46 votes). Voting is not complete.

Republican Sen. Martha McSally and Democrat Mark Kelly both easily secured their nominations and quickly previewed the high-stakes battle they'll wage until November. Kelly portrayed himself as an independent outsider, while McSally looked to remind voters in a state where Republicans still have a registration advantage that Kelly is a Democrat.

Still, McSally's little-known opponent, businessman Daniel McCarthy, pulled in about 20 percent of the vote. Kelly faced only a write-in opponent.

All U.S. House incumbents secured their parties’ nominations. Democratic Rep. Tom O’Halleran, who faced the most spirited challenge from within his own party, defeated progressive champion Eva Putzova. Eloy farmer Tiffany Shedd led two other Republicans to see who will be their party’s candidate in the Democratic-leaning district.

Overall, Coconino County had about 31% of registered voters participate in the primary election. Out of 81,968 voters, 25,310 votes were cast.