Northern Arizona astronomy: Constellations, how the Polynesians saw the sky 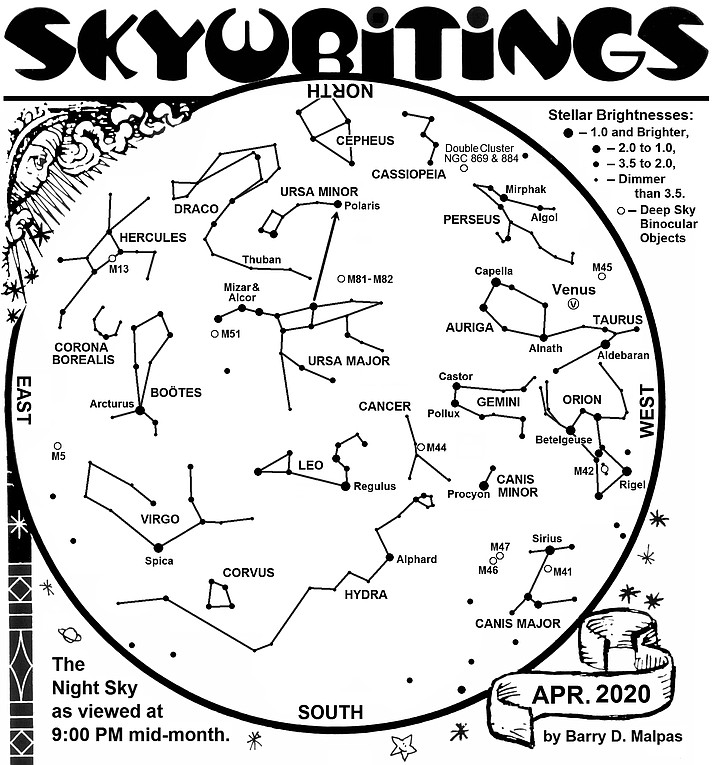 The Constellations we are familiar with are the “official” Greco-Roman ones accepted by the International Astronomical Union.

Unofficial ones like “the Big Dipper” or the “Summer Triangle” are called Asterisms. However, different cultures over the millennia have created their own sets of constellations for their use because everyone sees something different in the star patterns depending upon where they are from.

Ancient peoples were “in tune” with the environmental cycles of both the seasons and stars. The migration of animals, as well as successful planting and harvesting, was a matter of survival. Although early humans used the Moon as a Calendar, the stars were less random, and could be relied upon to more accurately identify when seasonal or annual events were to take place. The heliacal rise of certain bright stars could mark both agricultural cycles and animal migrations. To make reading the sky easier, constellations and stories were created based on mythological heroes, people, animals and objects. These stories would also introduce local cultural ideas as well as the correct ways to act within the society. And both stars and constellations were important in navigation, particularly to the Polynesians.

The only constellation to be recognized by every world culture is the Pleiades, also known as the seven sisters. Though we currently categorize this diminutive grouping of stars as part of the constellation Taurus, the Greeks and many others considered it a separate constellation. Two of the Polynesian cultures to reference the Pleiades are: the Hawaiians (as Makali’I) where its’ rising marked the start of the wet season; and the Maori of New Zealand (as Matariki) that signals the beginning of the new year (June).

Canopus is the second brightest star in the evening sky, after Sirius. But since there are no other bright stars nearby, it stands quite solitary. The Hawaiian’s called it "The Chief of the southern sky“. For the Maori, Canopus is a south circumpolar star called “Atutahi” which was an important weather predictor indicating when soils were ready for planting.

In Hawaii, the scorpion is the demigod “Maui's Fishhook” of which a story is told of how the Hawaiian Islands were formed, while the Maori tell a similar story in creating New Zealand.

The most important celestial capability of the Polynesian cultures was their unique and genius methods used in navigating the vast Pacific Ocean, sailing thousands of miles, 3-1000 years before Europeans, in multi-hulled canoes made from island materials using stone tools. No other culture had ever embraced the open sea so fully.

Polynesian navigators determined Latitude using rising and setting pairs of stars. Pairs of bright stars rise and set on the horizon together only at specific latitudes due to the curvature of the Earth. Hawaii is at 19.9° North latitude and when Sirius is setting, Pollux sets well after. However, an observer in Tahiti, at South latitude 17.7°, will view both Sirius and Pollux setting at the same time. Hence, when sailing from Hawaii to Tahiti one sails South-east. Then when Sirius and Pollux both set together on the horizon, it’s time to head west. Navigators would memorize 50 to 100 star pairs.

They also used Zenith stars to mark Latitude (stars with the same Declination as an Earth locations’ Latitude.) Ex.: Sirius is directly above Raiatea Island in French Polynesia, and Arcturus marks Hawaii.

Constellations provided: precision and safety when navigating the seas; security in planting and harvesting dates; understanding when animals migrated; and continuity, cultural ideas and ideals, and safety in the community.