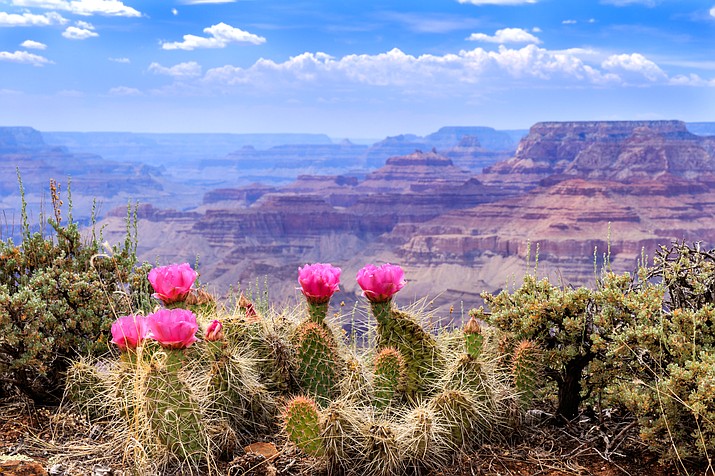 Grand Canyon has weathered the impacts of World War I, the Spanish Flu and other major historical tribulations throughout its 100-year history. (Stock photo)

At the end of Grand Canyon's 100th year in operation, the Park has entered a time of worldwide crisis. Park leaders and locals are doing their best to respond to a largely unprecedented event with the coronavirus pandemic. However, this isn't the first time the Park has seen a world-wide health crisis. There may be something to be learned from looking at how people at the Grand Canyon responded to times of crisis in the course of its first century as a national park. 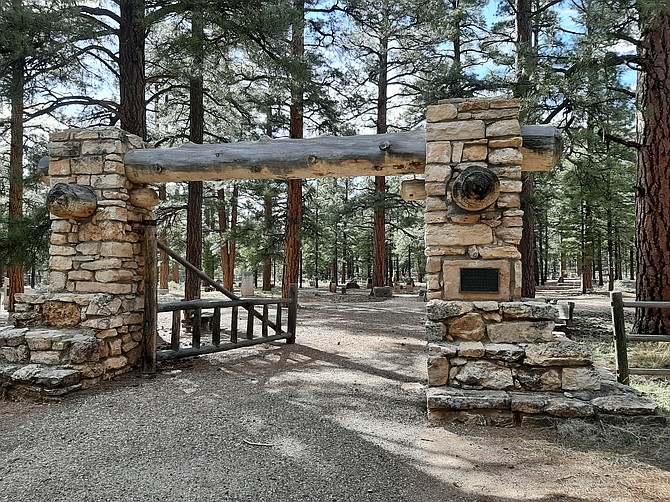 The entrance to the park cemetery, which includes the gravesites of Canyon residents who died in the Spanish Flu pandemic. (Abigail Kessler/WGCN)

World War I and the Spanish Flu

At the peak of the Spanish Influenza epidemic, the Grand Canyon had not yet been designated a national park. However, it was both public land, having been established as a national monument by Theodore Roosevelt in 1908, and a tourist destination. Trains brought visitors from Williams on a regular basis and the El Tovar hotel had been open since 1905.

The Park was not hit as hard by the Spanish Flu pandemic as other nearby areas, notably the Navajo Nation. However, this doesn't mean the park was unaffected. Several Canyon residents were infected with or died of the Spanish Flu at the time, though there aren't many specifics remaining.

A few cases are known though. Ralph J Berry, the son of Peter Berry, who was part of the partnership which staked a claim at the Last Chance mine, and who helped build what is now known as Grandview Trail, died from the flu and is buried in the park cemetery along with others who died in the pandemic.

All of this was also happening around the same time as the World War I. In comparison to parks further east, the Grand Canyon was not especially involved in the war effort. However, Dick Brown, vice president of Grand Canyon Historical Society, said that it's likely that President Wilson would have signed the bill to make Grand Canyon a National Park earlier were it not for WWI.

As part of the New Deal, Civilian Conservation Corps units were sent to national parks throughout the country. Grand Canyon was no exception, having crews on both rims year-round where they varied their work on the rims and in the inner canyon. Units 818 and 819 were central for trail construction and erecting the trans-canyon phone line, according to historians. Some believe their will be parallels in the future, as both local and national governments take action to help with post-quarantine economic recovery.

During the Spanish Flu pandemic, the park used advertising to mitigate the economic impact. The Works Progress Administration's Federal One posters were designed by a variety of artists during the Great Depression. These showcased the park's natural appeal, and encouraged people to go out and visit. While in-person visitation of Grand Canyon isn't possible at the moment, a key part of several local strategies is to focus on advertisements and social media to keep the park in the forefront for the eventual reopening.

During World War II, contributing to the war effort meant action. Civilians could and did participate in a number of wartime initiatives. In Polishing the Jewel, Michael Anderson writes that Grand Canyon "residents served as air raid wardens, participated in elementary military drill and fire-fighting classes… and manned lookout towers to spot forest fires as well as

During the current pandemic, the main way residents are contributing to the greater good is by staying home. However, certain programs, such as the food pantry and volunteerism, have expanded. Locals are making masks to donate and using social media and virtual meetings as a way to organize aid.

Since so many people are self-isolating, there may be a greater demand for virtual travel content. This also has historical precedent for the park. During the world wars, park literature was also especially popular with soldiers deployed overseas who were looking for a bit of escapism, according to NPS historians.

The 2019 government shutdown is a related event that comes to mind for many park residents. The shutdown had direct effects on Grand Canyon’s operations, and because of timing and scale, likely provides the greatest insight into current crisis response patterns. While the Park never closed entirely, the visitor centers closed, and a number of other visitor services such as interpretive programming were reduced. Many of the structures used to respond to the crisis, such as the food pantry and incident command systems, were either formed or solidified during this crisis, and many community leaders are the same.

This was not the first government shutdown to have an effect on the park. In October of 2013, a 17- day shutdown caused the park to close to the public for a week. According to Grand Canyon Public Information Officer Lillian Daniels, the Park has also needed to use evacuation protocols in the past, especially for fire.

"The evacuation of the Park has been...most recently utilized on the North Rim in 2006," she said. "The Warm Fire on the Kaibab National Forest threatened the developed and residential areas of the North Rim and in total burned approximately 60,000 acres. Although the fire never reached the park boundary, it did inhibit access to the only road (State Route 67) to the North Rim developed area."

What we know today: The coronavirus is impacting communities around the world
Coconino County, town of Tusayan continue work to bring internet to residents
Q & A: Ed Keable to step into superintendent role during a time of uncertainty
Appeals grow to close US national parks, including Grand Canyon during pandemic
Grand Canyon National Park looks to phased reopening as restrictions lift nationwide
Event Calendar