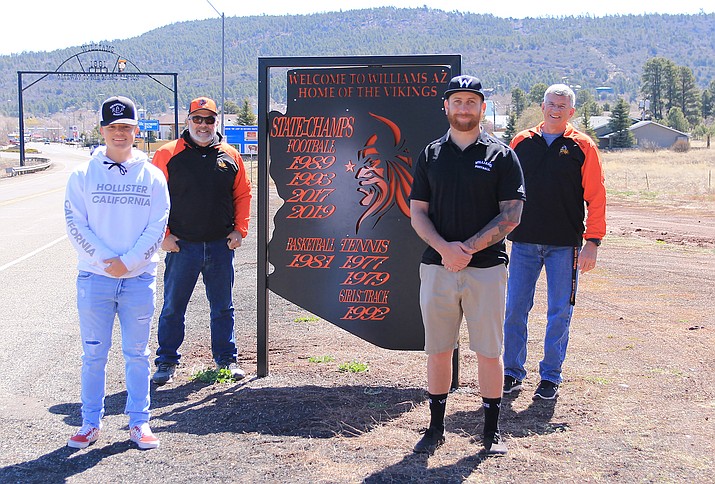 WILLIAMS, Ariz. — Members of the 2019 Vikings football team were honored April 16 as the team was added to the list of Williams state championship teams. The Vikings were given a welded sign to place on the three “Home of the Vikings” signs placed at the entrances to Williams.

The game was one of the most challenging of the season for the Vikings as the scrappy Panthers fought the relentless Vikings the entire game. 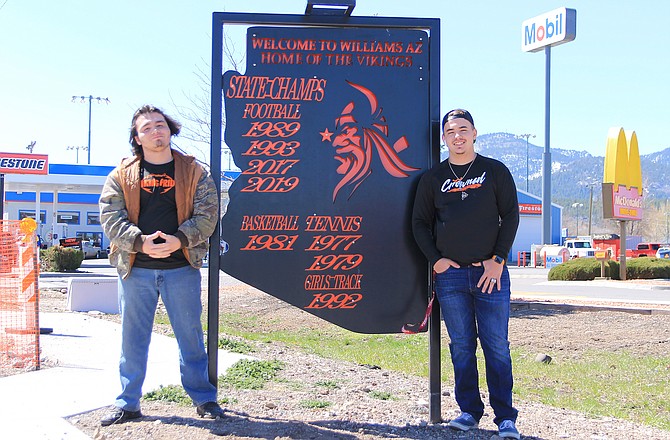 Blade Portella and Sean Scott (below) stand next to the Home of the Vikings sign on the north side of Williams. (Wendy Howell/WGCN)

Although the Vikings always maintained the lead, it wasn’t until the final quarter when Viking Alex Garrett made a 50-yard touchdown run that Vikings fans could rest easy and watch the team take the win.

Several Vikings were honored for outstanding play in the 2019 football season by being selected to the Arizona Interscholastic Association All-Conference teams. 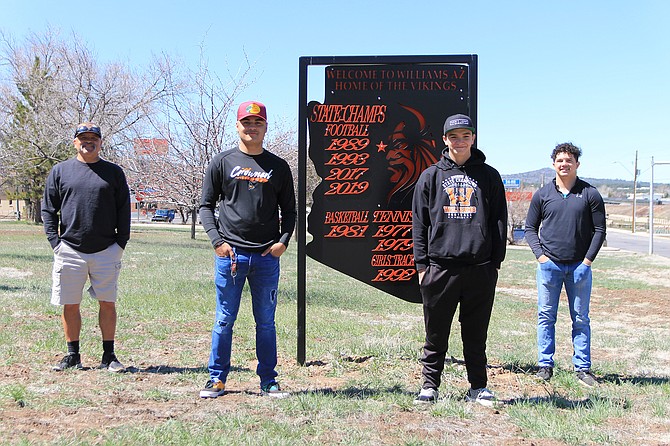 Viking Kolby Payne (above) poses with coaches Tad Wygal, Ryan Ward and Jeff Brownlee at the Home of the Vikings sign on the west side of town April 16. (Wendy Howell/WGCN)

Williams High School welders collaborated with the city of Williams in November 2018 to create the three welcome signs that were placed at the entrances to Williams.

The signs say “Welcome to Williams, Arizona, Home of the Vikings,” and have every state championship listed. The signs, cut to resemble the state of Arizona, also have a large Viking logo and a star to represent the location of Williams in the state.