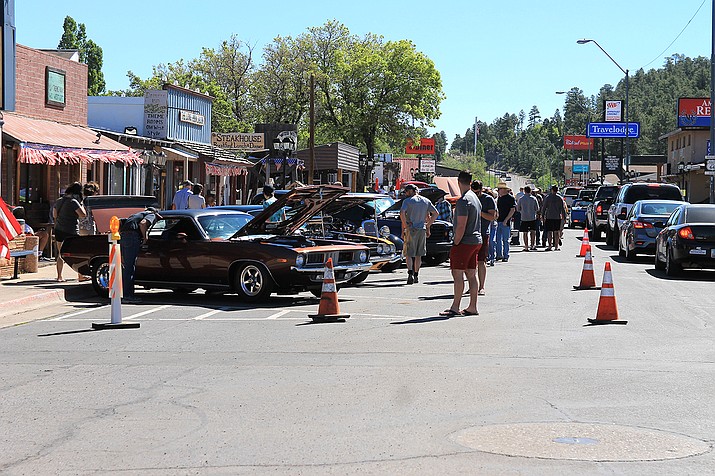 As the restaurants in Williams limp along hoping to ride through the storm of the Gov. Doug Ducey’s closures and stay-at-home orders, Williams’ hotel industry is also struggling. (Wendy Howell/WGCN)

FLAGSTAFF, Ariz. — Not a day goes by when the negative impact of the coronavirus on the travel and hospitality business isn’t on full display in Williams.

As restaurants continue to limp along hoping to ride through the storm of the Gov. Doug Ducey’s closures and stay-at-home orders, Williams’ hotel industry is also struggling.

According to hotel owner Andy Bhakta, occupancy rates in his three hotels is hovering around 5-6 percent.

“My employees are worried every day about how they are going to hold themselves together,” he said.

Bhakta has been working with his bank and wading through the options available through the recently passed $2 trillion federal Coronavirus Aid, Relief and Economic Security Act.

“They just keep changing the rules,” he said. “Just today they said if you apply for this one, you won’t get that one.”

Bhakta said he has applied for the Paycheck Protection Program (PPP), which is a pool of nearly $350 billion in forgivable small business loans that is one of the main portions of the federal act.

The loan is meant for small business owners to keep their workers on the payroll during the current economic shutdown. Businesses can borrow approximately 2.5 times their monthly payroll costs and the loans will be forgiven if all employees are kept on the payroll for eight weeks and the loan is used for payroll, rent and utilities.

Bhakta said his bank has been helpful as the direct payments are administered by individual financial institutions. But many banks are having problems with the heavy influx of applications.

“Nobody I know has gotten the PPP, except for a few in Texas,” he said.

In the meantime, Bhakta approached the city of Williams for assistance with utility bills that were coming due.

Bhakta and Scott Burrell, the manager of the Red Roof Inn, addressed the Williams City Council during its March 26 meeting.

“I’m asking you guys to please help us hoteliers, restaurants, business owners for a minimum of three months where we do not pay electric bill, water bill,” Bhakta said. “This way we can pay our employees and the ripple effect will be less.”

“There is a lot of concern as to what was going on and what is happening as far as expenses are concerned,” Burrell said. “Anything we can do to get some sort of support for the hotels would be greatly appreciated.”

Bhakta and Burrell both expressed concern for their employees’ well-being. They said they not only desire to afford their paychecks, but also lament the loss of valued employees leaving the area.

“Folks are going to relocate and we don’t want them to feel like they’re on an island here and can never come back,” Burrell said.

Williams Mayor John Moore said the city wants to support the citizens of Williams but said the city must consider what is fair to all community members. He said legally the city cannot extend a utility break for some residents, but not others.

However, the city has decided to eliminate all late fees for commercial and residential utilities.

“We aren’t charging any penalties for being late,” Moore said. “We have extended the deadline so no one will be cut off from utilities, water or electric.”

Moore said despite the elimination of penalties, residents and business owners will still be responsible for their bills.

“What we do for one we have to do for all,” he said. “We try to operate the city on an income of sales tax and other sources, we aren’t in the business of making money. We operate flat. It’s the people’s money. It would be nice if we could cut some people some breaks.”