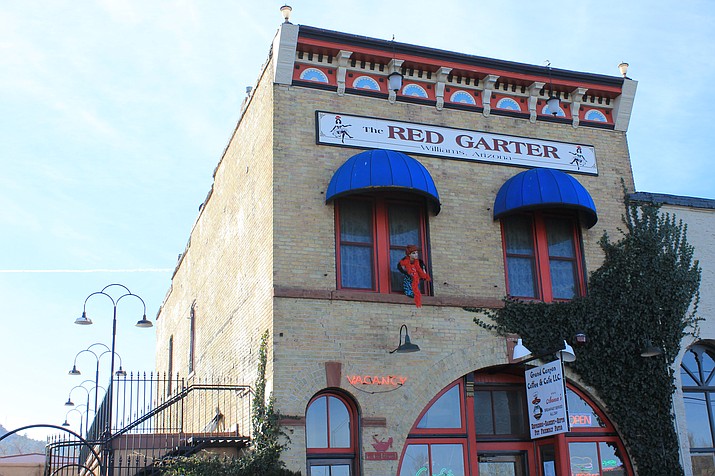 Anna's Grand Canyon Coffee and Cafe is one of many restaurants struggling during the COVID-19 closures. (Wendy Howell/WGCN)

WILLIAMS, Ariz. — As friends and family attempt to maintain some sense of normality in their lives after Gov. Doug Ducey’s most recent stay-at-home order, Williams restaurants are doing their part to remain open and serve customers.

“Just as we were catching on and gaining steam to move forward successfully, we are now having to rethink our entire business plan in order to adapt to the changes,” said Tricia O’Reilly, co-owner of Bayou By You — Creole & Cajun Food in Williams.

Anna’s Grand Canyon Coffee and Café said business is nothing compared to what the café typically does.

Dick said she has had to lay off all of her employees — 11 total.

“The only two that are working are me and my husband. I had to let all of my employees go. I’m not even making enough money to pay rent,” she said.

Dick said the decline in customers and revenue has been very dramatic. She said spring typically signals a time when revenue increases, but not this year.

“It’s usually March and April that are our months to dig out of the hole from January and February but…” she said.

Tricia O’Reilly, who opened Bayou By You with her husband in September 2018 plans to re-open April 10 after being closed for the last few weeks due to supply issues and the need to socially distance. She said they were not planning to hire.

“We also cannot hire anyone new (as we might have going into the previously busy season). We are still the only two people operating our restaurant and it’s our only source of income, so it affects our entire life,” she said.

As for the recently signed federal stimulus package, both Dick and O’Reilly were uncertain if help would arrive soon enough.

“Hopefully it will help keep us afloat, if we can navigate it,” O’Reilly said.

Until then, businesses and restaurants are depending on locals to help keep them operating.

“I have a handful of customers that are loyal. I’m sure they’re doing it everywhere else too – they rotate,” Dick said. “One day we can do really excellent and the next day is slow, you just never know from day to day.”

“Please pick up our food for now, plan to dine in later,” O’Reilly said.

Williams-Grand Canyon News now has a restaurant directory that lists which restaurants are open and the options offered. Visit www.williamsnews.com for more information or to view the directory.