Wildfire south of I-40 contained 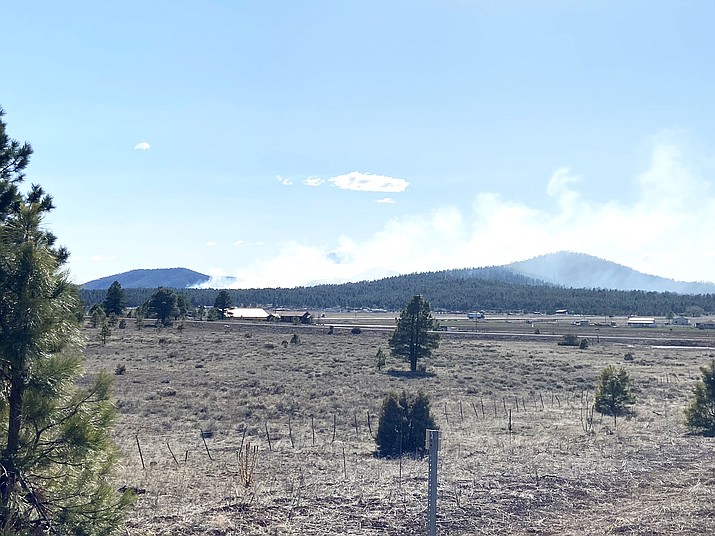 The fire is located near Beacon Hill, south of Davenport Lake and is around 15 acres in size.

“It is not growing. They have people all the way around it,” said Bob Blasi, Fire Information Officer for Kaibab National Forest.

Blasi said that the fire is south of the railroad tracks and does appear to be primarily burning on Forest Service land.

“They were able to stop the forward progress,” Blasi said.

Forest officials said the cause of the wildfire is yet to be determined and will be under investigation.

Kaibab National Forest stated that no prescribed fires have been scheduled at this time because of COVID-19.

“Especially since it’s sensitive to pulmonary and respiratory conditions,” Blasi said. “There are no prescribed fires, piles or otherwise scheduled at all.”

Ponderosa Fire District stated that the Beacon Fire is the second wildland fire that the department has been dispatched to within the week.

“We would like to remind the public to take all safety measures when working outdoors,” the department wrote on its Facebook page. “The current wind situations can take a small spark and spread it swiftly. There are many areas in our district that have extended response times which make these fires even more threatening.”

Williams residents with questions regarding burn permits or other fire concerns can call Williams Fire Department at (928) 635-4451, Ext 227.

They can also fill out a permit on the city's website under the "residents" tab, mail a request to City Hall at 113 S 1st Street or email it to fire@williamsaz.gov.

Residents near Bellemont and Parks who have questions or concerns regarding burning can call Ponderosa Fire Department at (928) 773-8933.