Semi-trailer fire brings I-40 to a screeching halt 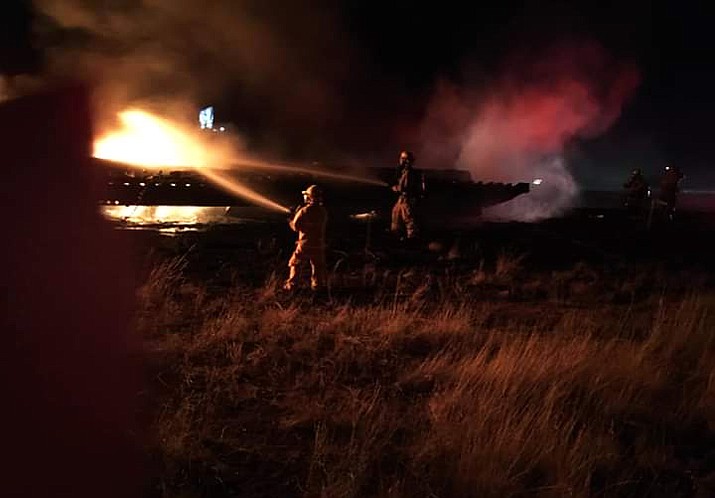 Firefighters take a break during a response to a semi-trailer fire Sept. 12 on I-40. (Melvin Stump/Kaibab Estates West Fire)

Upon arrival to the scene responders found a semi detached from its fully engulfed cargo trailer.

According to Ash Fork Fire, the semi was carrying wooden telephone poles, which burned for an extended period of time because of extremely high fuel temperatures. Both lanes of westbound I-40 were shut down until firefighters were able to get control of the fire and extinguish it.

According to Ash Fork Fire, the cause of the fire was overheated brakes which then caused the trailer to catch fire.