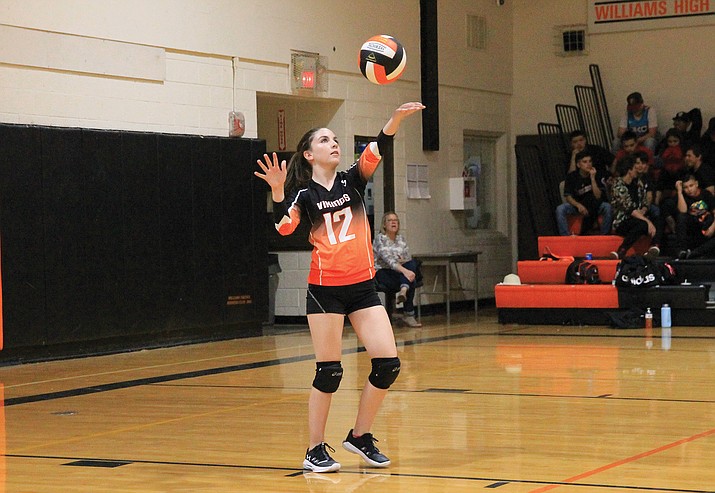 Rory Stevens serves the ball during the Vikings game with Bagdad Sept. 13. The Vikings won in three sets. (Wendy Howell/WGCN)

WILLIAMS, Ariz. — The Lady Vikings volleyball team made it six-in-a-row with their easy win over the Bagdad Sultans Sept. 13.

The Lady Vikings are moving ahead full steam and has only lost one set, to Northland Prep

Academy, since the season began.

Williams is currently ranked first in the 1A Central region followed by Grand Canyon and Mogollon.

The team played Basis-Flagstaff Sept. 17, and will next play at home Sept. 20 against Joseph City.