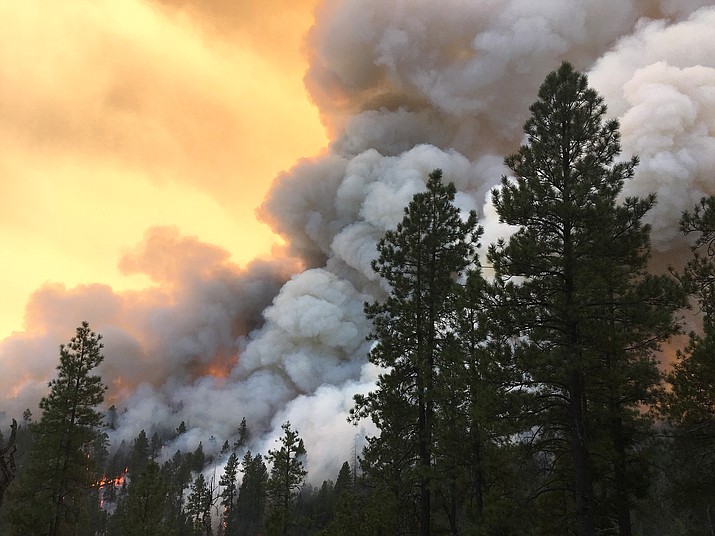 The Whiskey Fire, caused by lightning, is being managed on Coconino National Forest. (USFS/photo)

The fire is being managed for forest restoration purposes.

They expect smoke to life mid-day or early afternoon as temperatures rise.

The fire is located eight miles west of Turkey Butte Lookout, southwest of Flagstaff. The fire began from a lightning strike Sept. 2

Fire personnel plan to moderate firing operations through the weekend to reduce smoke impacts to the area, a USFS press release stated. “However, no perfect weather conditions exist to remove smoke impact entirely from a fire,” they said.

According to the news release, the closure may last through the weekend to provide for firefighter and public safety.

“Persons planning to travel in this area should expect delays and use the alternate routes identified at closure points,” the release stated. "We do apologize for the smoke impacts to the area."