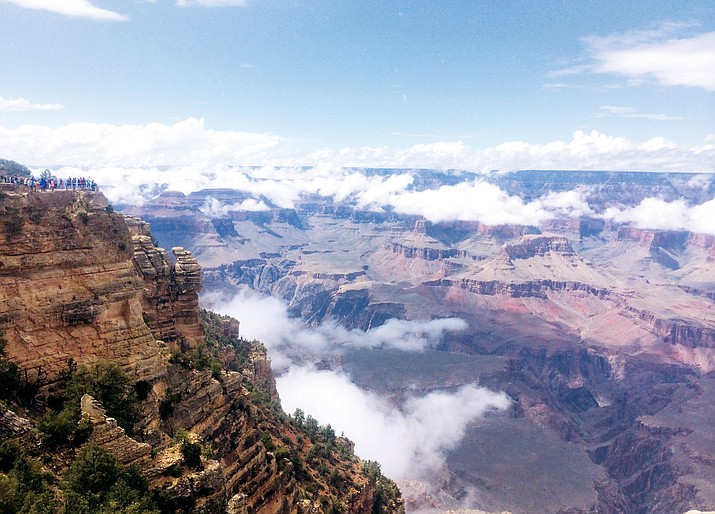 TUSAYAN, Ariz. -- On Sept. 8, at about 9:55 a.m., Coconino County Sheriff's deputies were called to the area of the Grand Canyon National Park Airport for a report of a skydiving accident in which two men had been injured.

Upon arrival, deputies confirmed two men who had been skydiving in tandem had been injured. One appeared to have suffered a broken leg and was transported to Flagstaff Medical Center. The other man was unconscious and CPR lifesaving efforts were being performed by paramedics on scene. The second man was later pronounced deceased by doctors from Flagstaff Medical Center. The deceased has been identified as Christopher Swales, 55, from the United Kingdom.

Swales had purchased a skydiving package from Paragon Skydive, a company at the Grand Canyon National Park Airport. The skydiving package included a tandem jump with a Paragon skydiver. The skydive reportedly had been going as planned until the pair encountered difficulties when approaching the landing area. These difficulties caused the pair to free-fall for an unknown distance and hit the ground in what was described as a hard landing.

Investigators are still looking into the details surrounding the accident. Currently, there are no indications that the incident is criminal in nature. The National Transportation Safety Board (NTSB) has been notified and also is investigating the incident.

Because the FAA was concerned with overflight noise and safety, since Grand Canyon Airport is one of the busiest airports in Arizona, the FAA specifically designed Paragon's descent route. Paragon only offers tandem skydiving.

Ryan Harding, spokesman for the Arizona Department of Transportation, said Paragon Skydive is licensed and insured and continues to operate at the airport.