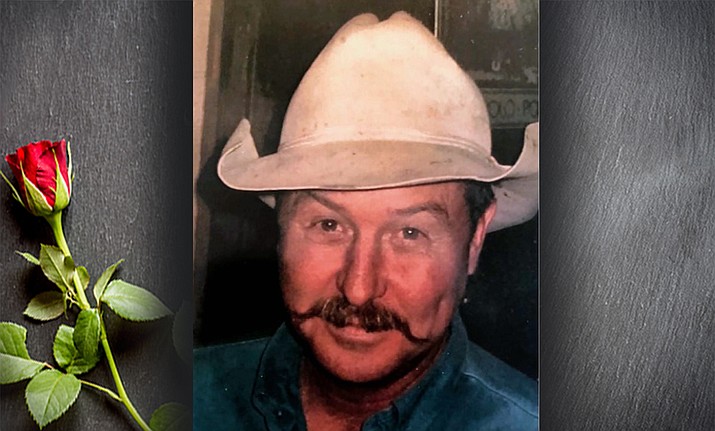 He will be remembered at a military service and internment on Tuesday, Sept. 17, 2019 at 11 a.m. at Arizona Veterans Memorial Cemetery-Camp Navajo, 14317 Veterans Drive, Bellmont, Arizona.

Born in Phoenix, Arizona, to Nelson Keith Stevenson and Frances Stevenson (Wardell), Jeff attended Arcadia High School and graduated from Camelback High School. After a year at Yavapai Jr. College, Jeff enlisted in the U.S. Navy, where he acquired skills for maintaining and repairing helicopters.

Inspired by cattle ranching and livestock show careers of his grandfather “Daddy Bill” Stevenson and his father, Jeff moved to Parks after four years in the Navy to own and operate a small cattle ranch. He worked for more than 30 years for Grand Canyon Helicopters, Airstar and Maverick Helicopters and was proud of never having lost a “bird,” either in the military or at the Canyon.

Jeff beat a 10 percent survival prognosis for hanta virus, which he caught at age 44, returning to his ranch to work after four months on life support at UNM Medical Center.

Jeff is predeceased by his father, ”Nellie” and is survived and mourned by his mother and stepfather, Frances and Dick Wardell, brothers James Nelson and Roger Stevenson, all of Scottsdale, his nieces and nephews and his many friends from the Navy, Grand Canyon aviation and the livestock community. Condolences may be left for the family at www.FlagstaffMortuary.com.