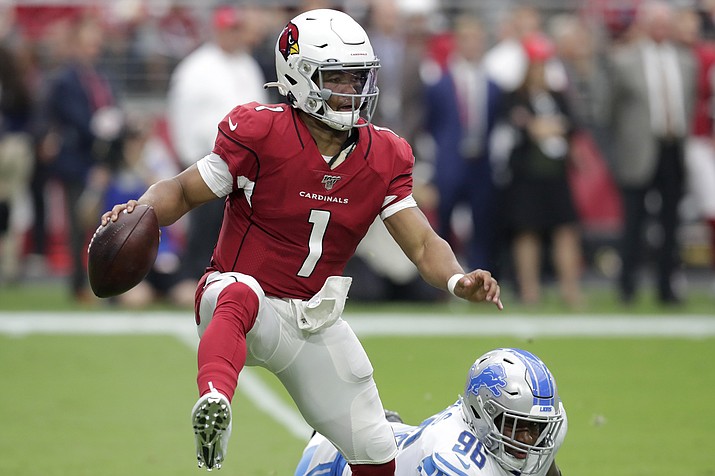 TEMPE, Ariz. — It took one game to prove that Kyler Murray could be clutch at the NFL level.

Arizona coach Kliff Kingsbury was confident that was the case all along. It was one of the major reasons the Cardinals were so comfortable taking the quarterback with the No. 1 overall pick.

"We did some analytics on his fourth-quarter statistics last year at Oklahoma and it is insane, his numbers," Kingsbury said. "The completion percentage, the touchdown-to-interception ratio, the yards per carry. That was something prior to the draft process we were really fascinated by."

The Cardinals came out of Sunday's 27-27 stalemate with the Lions feeling about as good as possible considering the outcome was a tie. Arizona trailed 24-6 early in the fourth quarter before rallying for 18 straight points and forcing overtime.

Murray was outstanding in the fourth quarter, completing 15 of 19 passes for 154 yards and two touchdowns. Overall, he was 29 of 54 or 308 yards, two touchdowns and an interception.

"We could have played better in a lot of phases," Kingsbury said. "But to see our resolve and guys having good energy on the sideline, even when things weren't going well. I think as a team, you came out thinking that we'll fight together. That's important early in the season."