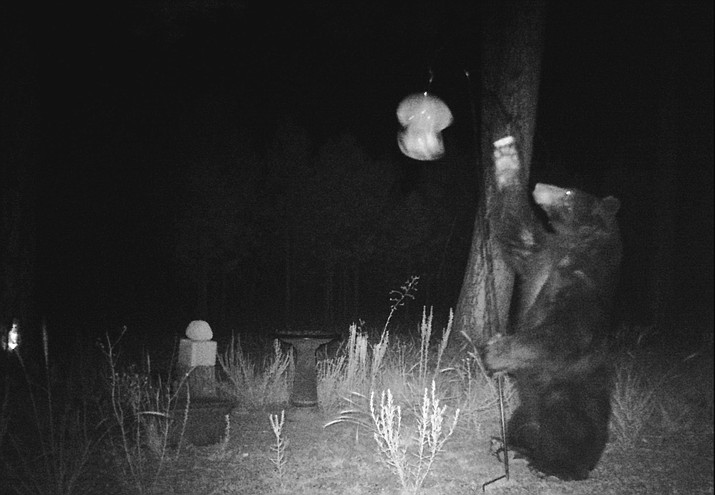 WILLIAMS, Ariz. — Wildlife officers caught up to a bear that is believed to have killed two goats inside their stalls at a residence near Keith Drive in Parks.

The bear on Keith Drive was caught in a trap set by Game and Fish Sept. 5

A resident reported that two goats were killed and removed from their stalls Sept. 2.

Wildlife Officer Colby Walton said he believes they have the bear that killed the goats.

“It’s one of the nuisance bears,” he said about the trapped bear. “It was the one that was eating livestock.”

According to Walton, officers become concerned when bears begin to prey on area livestock.

“We think we caught the bear that was probably going to cause a lot more issues,” he said. “We believe this is the highest risk bear.”

Walton said Game and Fish also set a trap for a bear that was seen digging in the dumpster at Maine Consolidated School, but that bear has not been caught.

He believes the bear may have moved out of the area because he hasn’t received anymore reports of bear activity at the school or nearby neighborhoods.

Walton said he believes the bear on Keith Drive lived on a nearby hill that was accessible to the area.

“The bear at the school I believe is a smaller bear based on his prints,” he said. “And this was a bigger bear.”

Game and Fish officers initially received reports of a bear rummaging in trash cans, bird feeders and a beehive not far from the school.

Walton said he encourages people to report any bear sightings to AZGFD to help officers make decisions about problem bears.

More information about living in bear country can be found at www.azgfd.com/wildlife/livingwith/bears/.