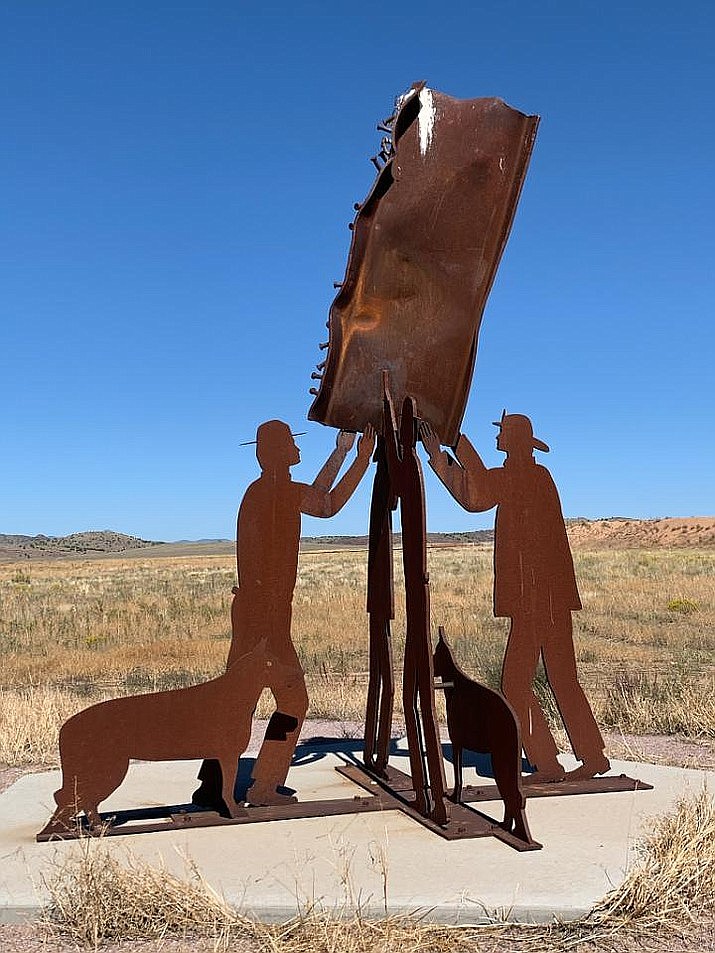 A teenager who created a Summer Fun Kids Club in the absence of a summer reading program at the Chino Valley Public Library, Elizabeth Vicory is now leading efforts to maintain and make additions to Chino Valley’s 9/11 memorial. (Jason Wheeler/CVR)

Elizabeth Vicory is once again showing her heart for the community of Chino Valley.

A teenager who created a Summer Fun Kids Club in the absence of a summer reading program at the Chino Valley Public Library, Vicory is now leading efforts to maintain and make additions to Chino Valley’s 9/11 memorial, located at Santa Fe Trail and Shoo ting Range Road. Her efforts started after going to the memorial Wednesday, Sept. 11 and seeing what she believed to be vital components missing.

And so the project began. Her main goal is to get the plaque and then hound the city to get directional signage pointing to where the memorial is, said mother Suzanne Vicory. There’s nothing indicating that the memorial is even out there and not very many people knows there is one, Suzanne Vicory said.

The memorial came from an original steel “I” beam from the World Trade Center that was procured by a member of the Chino Valley Police Department who knew an artist who agreed to design and cut figures and weld the beam in place. After the artist, Newell Roundy, completed the project, it was placed on a foundation where it currently sits.

They are currently raising money for the plaque, which is going to end up being between $800 and $900, she said.

“We found a local person who did some of the other plaques in Memory Park, so we’re using somebody who’s familiar with the area,” Suzanne Vicory said.

Elizabeth Vicory is not alone in her efforts though. After going in front of the Chino Valley Town Council in September and voicing her commitment to raise the money for a plaque, resident Larry Holt spoke before them at the following meeting Tuesday, Oct. 8, asking for permission to make improvements by cleaning up the area and putting out benches and a sunshade.

At that same meeting, Mayor Darryl Croft read a statement from Chino Valley Police Chief Charles Wynn who said the town’s police department has wanted to improve the 9/11 monument for al ong time but did not have the time nor the resources.

“It is very exciting that we now have several (residents) and groups in interested in taking this on as a project,” the statement said. “Beth showed us this year with her Summer Kids program at the library that she has the skills and determination to make this project a success.”