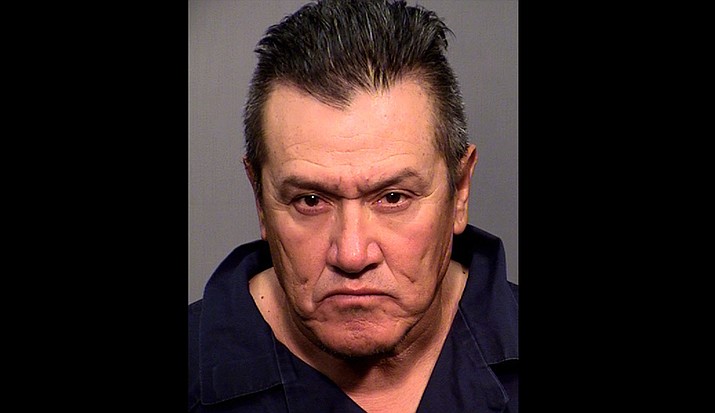 Gustavo Espino is the suspect in the murders of Elaine Fann and her sister Vivian Scheuerman. (CCSO/photo)

WILLIAMS, Ariz. - The victims of a homicide in the Red Lake area of Williams have been identified by the Coconino County Sheriff's Office. Elaine Fann, 70, and her sister, Vivian Scheuerman, 65, were found dead in their home Oct. 27. The two victims lived at Fann’s residence on Pine Street in the Red Lake area of Williams. Both victims had been shot and likely died as a result of those injuries. Autopsies are to be performed by the Coconino County Medical Examiners Office. 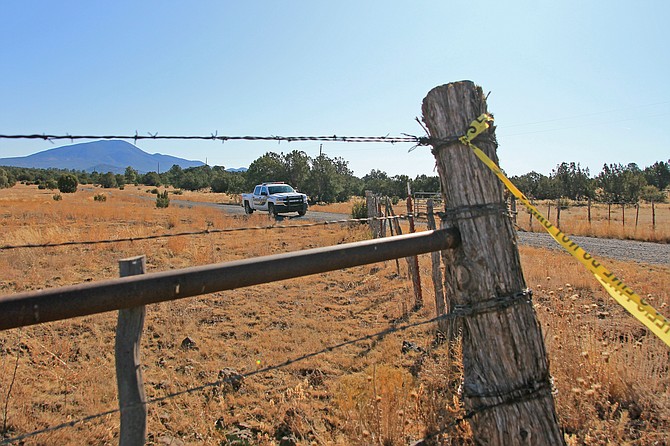 A Coconino County Sheriff's Office deputy provides security at the residence of Elaine Fann Oct. 28. Fann and her sister were found dead at the home Oct. 27. (Wendy Howell/WGCN)

The suspect is identified as Gustavo Espino, 60. Espino also lived on the property and is believed to be the boyfriend and business partner or employee of Fann. Espino was booked into the Coconino County Detention Facility on two counts of murder and is being held on $2 million bond. Detectives are continuing the investigation into both deaths.

WILLIAMS, Ariz. — A Williams man was arrested Oct. 27 as a suspect in the murder of his wife and her sister, according to Coconino County Sheriff’s Office.

“There is no further threat to the community,” Gilliland said.

Sheriff’s officials said a man, whose name has not been released, waived down an Arizona Department of Safety trooper who was driving through the Red Lake area around 8:37 p.m. Oct. 27.

The trooper reported the man confessed to killing his wife and her sister, and said something to the effect of “he couldn’t take it anymore,” according to a CCSO press release.

The trooper detained the man and called the sheriff’s office.

Deputies responded to the home of the man and his wife and found two dead women inside.

The man was transported by deputies to Flagstaff where he was interviewed by detectives. The release said he made several statements about his involvement in the deaths.

The case is being investigated as a homicide, according to the statement. The names of the victims and suspect have not been released as officials notify next of kin.