Screenings may lower rate of diabetes among Hispanics, Native Americans 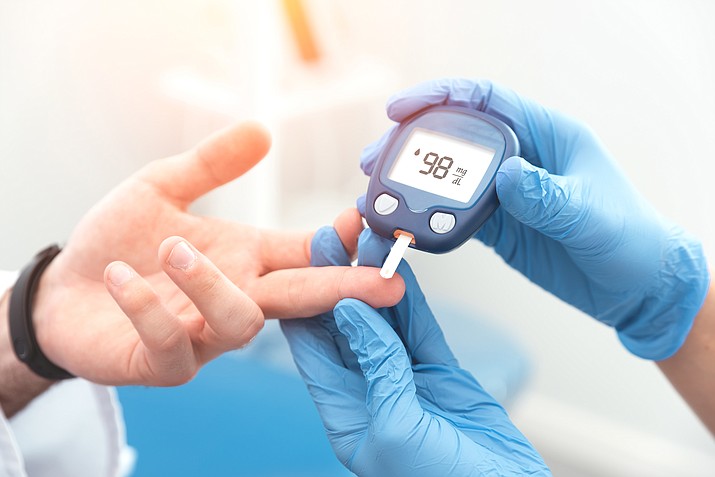 More than 1 in 3 people in the U.S. have prediabetes but don’t know it, leaving them at risk for diabetes, heart attacks and stroke, according to the Centers for Disease Control and Prevention. (Stock photo)

PHOENIX — Hispanics, Native Americans and African Americans are most at risk for diabetes, with racial and ethnic minorities reporting the highest rates of the debilitating disease in the U.S.

But experts say diabetes could be slowed if people were aware of the risks of prediabetes and took action.

Marcia Angulo was devastated when she was diagnosed with Type I diabetes three years ago, at age 26.

“You feel really ugly, you feel fat, you feel unhealthy,” said Angulo, who controls her condition with regular insulin injections.

In Arizona, Native Americans, African Americans and Hispanics are more likely to die of diabetes than non-Hispanic whites, according to a 2018 state health report.

Genetics and lifestyle factors, such as diet and lack of exercise, contribute to diabetes, experts said.

There are two types of diabetes mellitus. Type I, also known as juvenile diabetes, is an autoimmune disease that often strikes at a young age and requires insulin to control. Type II, also known as late-onset diabetes, can be prevented, delayed and managed through lifestyle modifications.

Diabetes is stealthy, lurking as pre-diabetes, said Dr. Mahmoud Alsayed, an endocrinologist at Banner University Medical Center. The key is to get that under control.

More than 1 in 3 people in the U.S. have prediabetes but don’t know it, leaving them at risk for diabetes, heart attacks and stroke, according to the Centers for Disease Control and Prevention.

People with prediabetes “have an abnormal result of glucose in their blood test,” Alsayed said.

“I started sharing motivations,” she said. “That helped me.”

“They learn about healthy eating, physical activity — then how to plan to take into action those lessons that they’re learning,” Hooker said. They also consider the social and emotional impact of dealing with the diagnosis.

The American Diabetes Association recommends a healthy diet and exercise on a regular basis. It recommends low-carb and low-calorie foods, as well as vegetarian or vegan foods.