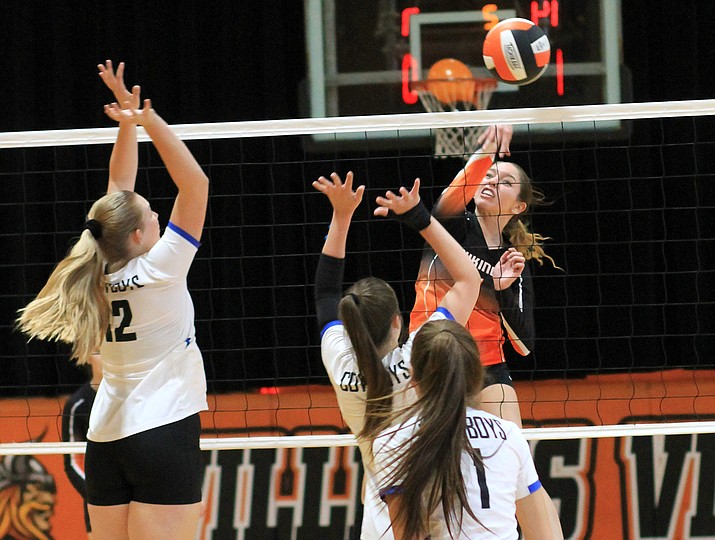 The game marks the end of the regular season as the Lady Vikings head to the regional tournament in Mogollon Oct. 29-Nov. 1.

The Lady Vikings won their last three games and are now 16-3 overall and 10-2 in the region. They are ranked third in the state behind Mogollon and St. David.

Viking Loren Chism had 10 kills in the game and is now ranked fifth in the 1A Conference with 164 kills this season.

Madi Olson had 12 assists in the game and is fifth in the conference with 223 this season. Bridgette Hernandez had 11 assists and is ranked ninth with 168 this season.

Sydnee Mortensen is sixth in the conference for hits, with 74.

Shaelee Echeverria is second in the conference for blocks with 93.

After the regional tournament, an announcement will be made for the teams who qualify for the 1A State tournament Nov. 8-9 at Coronado High School in Phoenix.