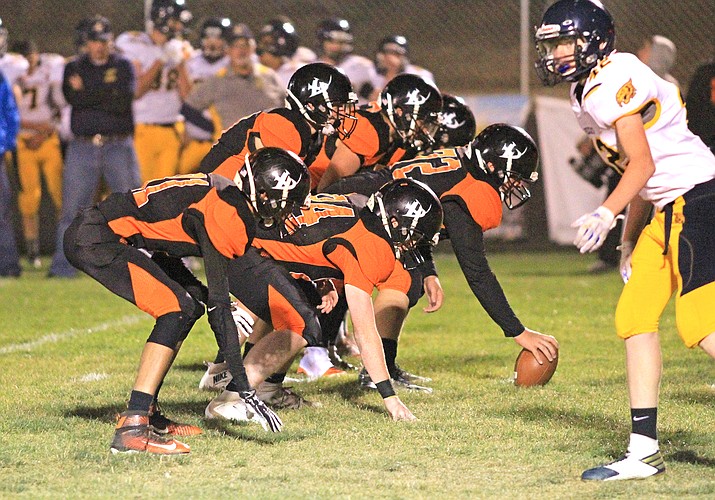 Williams played Joseph City earlier in the season. The Vikings beat Hayden 68-6 Oct. 18 on the road. They now head into the playoffs. (Wendy Howell/WGCN) 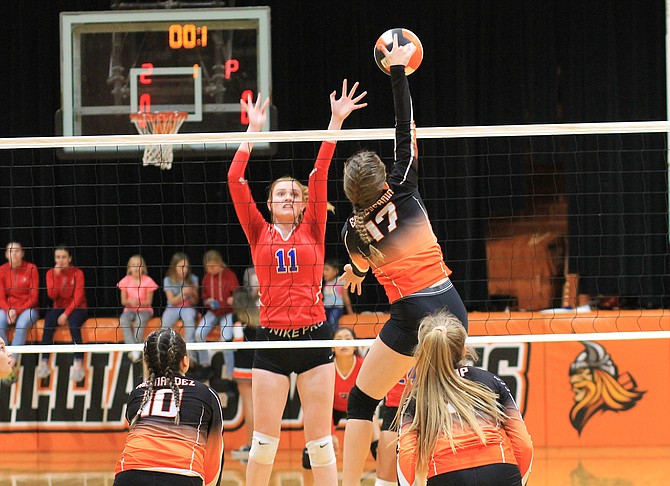 WILLIAMS, Ariz. — The Williams Vikings football and volleyball team continued their winning ways last week as the boys came home with a 68-6 win over Hayden and the girls beat Grand Canyon and Hayden 3-0.

“I believe we were very prepared and ready to play,” Head football coach Jeff Brownlee said.

Kolby Payne had 90 passing yards, 113 rushing yards and two touchdowns in the game with Hayden. He was followed by Alex Garrett who carried the ball seven times for 92 yards and had three touchdowns. Garrett also had an interception.

Brownlee said the team has a bye this week and will face either Anthem Prep or Arete Prep Nov. 1 in the state playoffs.

“We have been working on taking it over the top,” said head coach Connie Stevens.

The Lady Vikings play Camp Verde Oct. 26 at 5 p.m. and 6 p.m. before heading to the regional tournament in Mogollon Oct. 29.