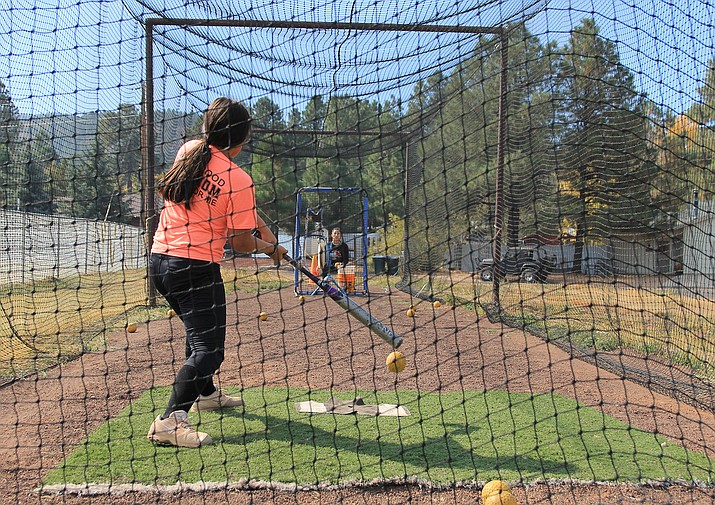 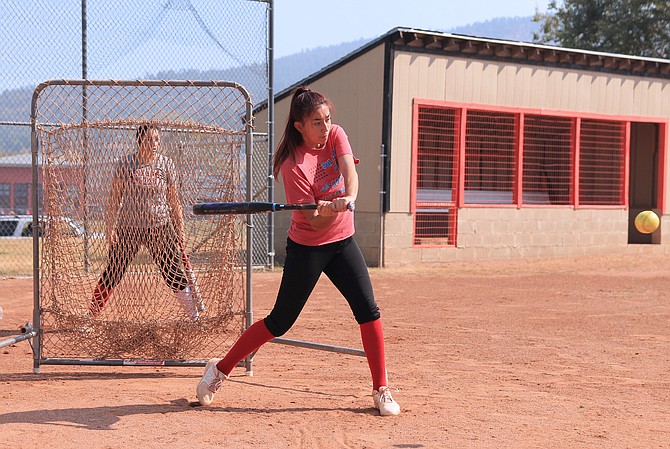 Williams, Ariz. — Although high school softball season ended in early May for most girls, several players from Williams have continued competing all summer.

The Arizona Anguish, made up of players from Williams, Seligman, Prescott, Dewey and Kingman are just finishing up their fourth year of competitive travel ball.

Coached by Gabe and Shelbi Alvarado, John Romero, PT Carter and Miguel Baca, the Arizona Anguish have made their mark in high school level play.

“The first couple years we were just happy to win one game,” Gabe Alvardo said. “Now when we go we expect to win it or be playing to win it.”

Alvarado said the team placed second in a summer tournament and over the past two months have made several championship runs.

All of the girls play on their high school teams and then continue with the Anguish once the high school season is over. The team plays two to three tournaments per month.

The girls practice twice each week in Williams during the summer and spend a lot of time working their pitching and hitting techniques on their own. 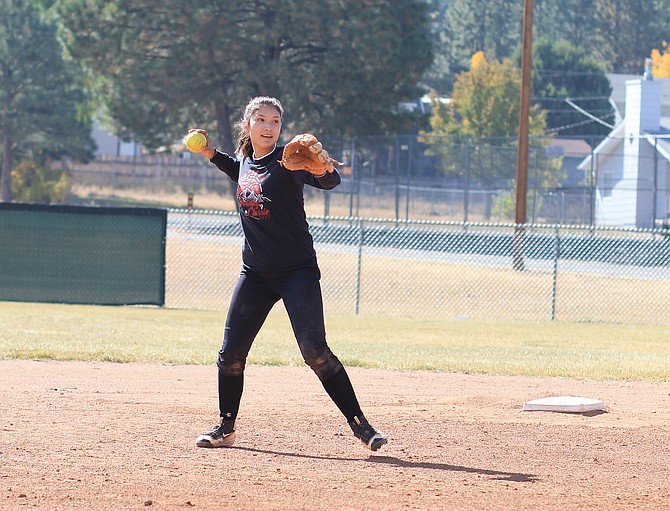 Aaliyah Alvarado throws the ball in from the infield. (Wendy Howell/WGCN)

“The girls are very dedicated,” he said. “Right now because of the darkness, the Prescott girls are holding their own practice with that coach. Then we will all get together on Sundays. They drive up, they are really committed.”

The team has competed in Prescott, Phoenix, Tucson, Cottonwood and Kingman. Alvarado said the girls have been exposed to a lot of tough competition which helps them develop into stronger players.

“It’s good because the girls get to compete at a high level,” he said. “We’re constantly playing Phoenix, Tucson, Prescott and even Vegas teams.”

Alvarado said the team takes a lot commitment and most of the girls are aiming to play in college.

“It’s for the girls,” Alvarado said. “Not everybody wants to do this. It’s a big commitment. It’s for those girls who want that high level of play and want to try to play college ball. I commend the girls and their parents as well for the commitment.”

Alvarado said as a parent and coach he feels it is important to give the girls goals to strive toward.

“The biggest thing is giving these girls something to focus on and a craft to try and master,” he said. “We’re big on trying to keep them motivated on their grades and so they’re not at home on their phones or playing video games.” 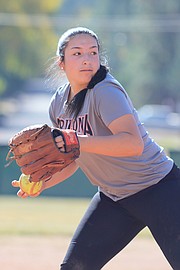 Jazlyn Romero is a senior at Williams High School and has played for the Anguish for four years.

“I love traveling everywhere and getting close to girls from other cities,” she said. “Then I see them during high school ball and can support them with their team.”

Romero said one of the most difficult parts for her is the heat.

“We love the game, but staying in the heat all the time can be a lot,” she said. “But staying committed is easy if you love it enough.

Aaliyah Alvarado is a junior at Williams High School and has played three years for the Anguish.

“I love the games,” she said. “I love the competition and hanging out with all these girls bonding at hotels and games.”

“Softball is my favorite sport,” she said. “It’s way different than high school. Playing with friends is fun, but travel ball is a whole other level. The challenge is way harder than high school.”

The Arizona Anguish played Oct. 19-20 in Cottonwood where the beat the Arizona Redhawks 8-3, but lost to the Arizona Eskridge 10-8.

The girls will continue to compete through the end of the November and then take a break until high school season in February.