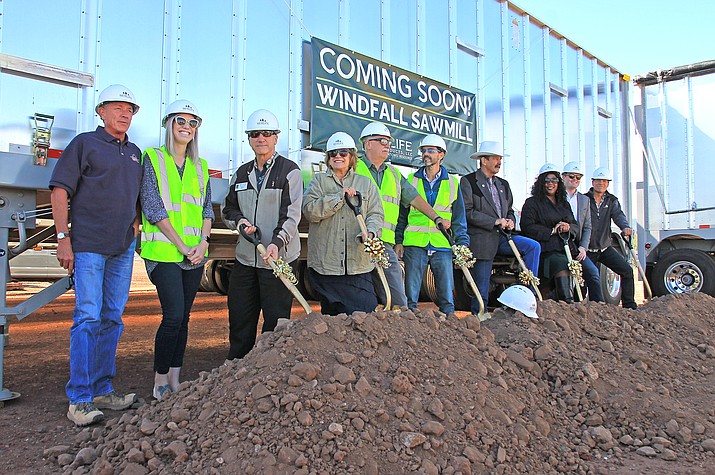 According to officials with NewLife, the mill site has been under construction for several months and will be one of the most technologically advanced mills in the Southwest.

Representatives from the U.S. Forest Service, the city of Williams, Coconino County, Rep. Tom O’Halleran’s office and Sen. Kyrsten Sinema’s office were on hand as Julie Pastrick from the Flagstaff Chamber of Commerce introduced mill officials.

Jason Rosamond, Adam Cooley, Tom Loushin and other New Life Forest Products employees gave an overview of the sawmill and answered questions from the attendees. 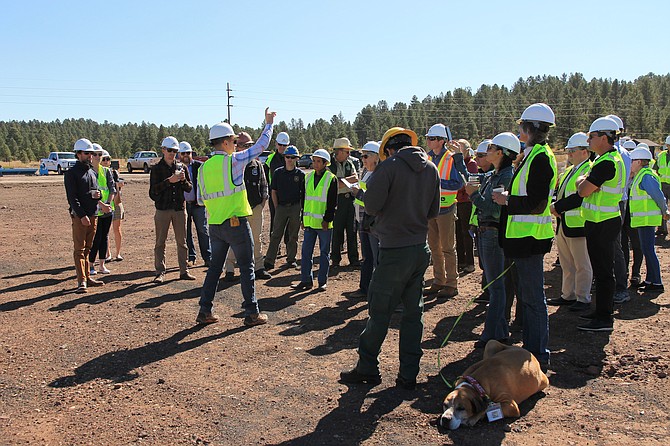 Although much work still needs to be done, Cooley walked the attendees through the property explaining how the sawmill, kilns and planer will operate. He said most of the work on the property so far has been stabilizing the ground for the infrastructure.

“There were existing sawmills on these properties,” Cooley said. “Wood chips, bark and mulch — the ground was not stable whatsoever to build any infrastructure on it.”

Cooley said the company received quotes as high as $4 million to stabilize the ground, so the company decided to do their own earth work.

“We partnered with A1 Timber, who is part of our group,” Cooley said. “Now we have the capability. Right as you enter the city of Williams there is a rock quarry — that is all of our equipment.”

Cooley said the company has been hauling rock from the hillside and bringing it to the sawmill to provide a stable foundation.

“We’ll be able to pull that earth work off for just a quarter of that price ($4 mil),” he said.

In addition to the rock from the quarry, the company has also built extremely thick concrete slabs.

“We’ve had to bring in a lot of rock and concrete slabs that thick in order to have the sawmill operate efficiently without it moving anywhere,” he said.

Cooley said NewLife is in the process of transporting the sawmill from Georgia.

“We have been dismantling it,” he said. “Some of the equipment is already on the far side of the property. They’ve been trucking it in — several trucks per week.”

Cooley said the mill site is about 100 acres. He said much of that acreage will be used to store logs.

“One of the hard things here is (during) the winter we are closed out of the forest,” he said. “So we need a sufficient area to store the logs to continue to operate the sawmill during those time periods. Sometimes its four months, sometimes two weeks. We have to plan for that, it’s a lot of money tied up in inventory just sitting there but it secures our ability to continue to process during that time period.”

Cooley said NewLife has been working diligently to get the sawmill up and running.

“This project here is just one aspect of the forest restoration,” he said. “Significant work has been done already, we have several sites out in the forest. We could be out there harvesting today and thinning that land, but what would we do with all that fiber?” 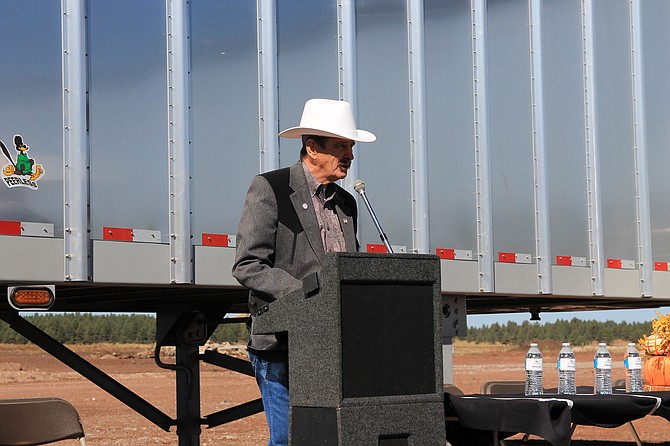 Cooley said the company wants to get the forest restoration moving along, but until the sawmill project is built the wood can’t be processed.

“So that’s why this project is so vital to make this forest restoration work,” he said. “We’ve had a lot of setbacks but we are working very hard to get this done.”

The 4FRI seeks to accelerate restoration at landscape levels to restore the ecological resilience and function of 2.4 million acres of ponderosa pine forests in Arizona. More information on the 4FRI is available at www.fs.usda.gov/4fri