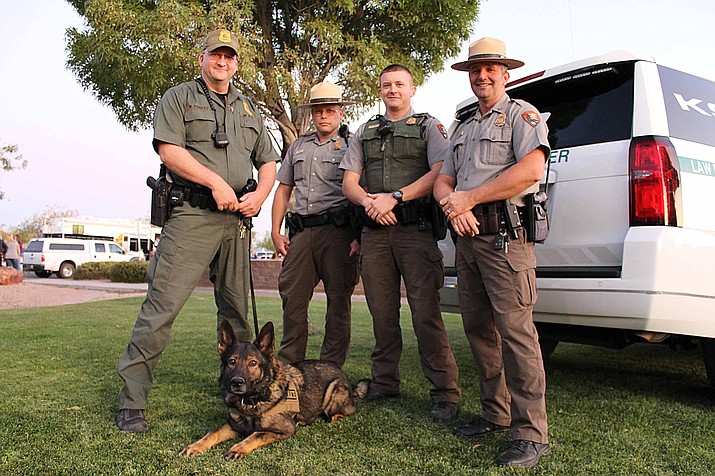 Rangers located the run juvenile before he could harm himself.

Rangers also performed two on-the-water rescues, including responding to a swamped boat and a vessel that ran a ground on Lake Mohave.

Additionally, rangers responded to a report of an unresponsive, unconscious man and were able to revive him by taking over CPR and using an AED. Medics also responded to a SCUBA diver who experienced signs of decompression sickness after diving at a depth of 145 feet for 90 minutes. They coordinated with a local hospital to ensure he received hyperbaric therapy.

Additionally, law enforcement rangers were first on the scene for a rollover accident involving an ambulance on U.S. Highway 93. Everyone in the vehicle, including the patient, were OK.

A driver was also arrested for a DUI — the suspect had passengers in the car, including a 4-year-old child.

“Although many of the week’s incidents could have resulted in tragedy, rangers provided swift action that ultimately saved lives,” said Deputy Chief Ranger Joe Darling.

In addition to conducting multiple rescues, rangers spent time supporting nearby communities this included participating in a funeral procession for a fallen Henderson firefighter and highlighted the park’s all-hazard operations at National Night Out in Boulder City, Searchlight and Laughlin, Nevada.

The team of law enforcement rangers, firefighters and paramedics protect nearly 15 million people that visit both Lake Mead and the Hoover Dam annually.

“Visitors’ safety is always a top priority. Rangers are out in the park responding to everything from minor traffic accidents to medical emergencies,” said Deputy Chief Ranger Joe Darling.