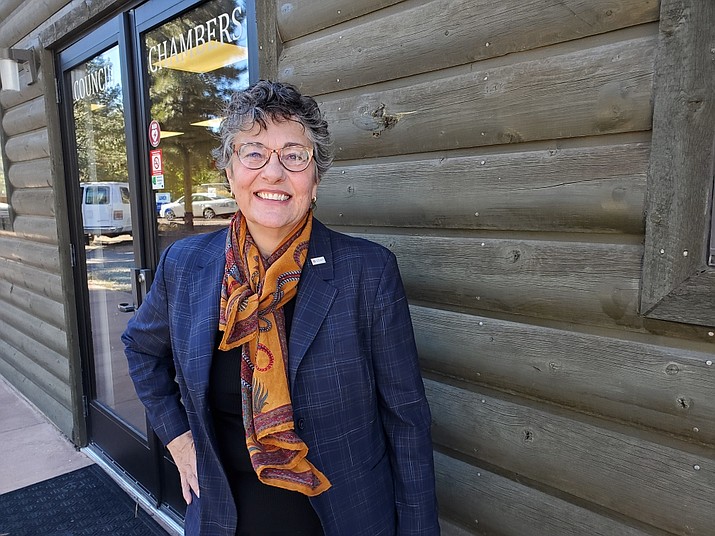 TUSAYAN, Ariz. — Cynthia Seelhammer will take over as town manager of Tusayan after the Town Council unanimously supported her hire at its Oct. 9 meeting.

Seelhammer, who has decades of experience as a manager in towns and cities across the state, also has direct experience in Tusayan — she was appointed town manager after Tusayan incorporated in November 2010. She was instrumental in creating policies and procedures for the brand new municipality before leaving five months later in March 2011.

Sanderson said he heard Seelhammer might be available and invited her to interview in a public hearing Oct. 1.

“We’re without a town manager right now and were pleased to hear Cynthia was available and would consider us,” he said. “We want to make sure we’re a good fit for each other.”

Sanderson said Seelhammer’s resume included a diverse variety of experience, including her previous stint in Tusayan before the Town Hall building existed.

“Wherever I was with my phone and laptop was Town Hall,” Seelhammer said. “I helped design this building and figure out how to purchase it off of state contracts, so seeing that it’s actually in place and functioning now is great.”

Vice Mayor Brady Harris said he was glad to see the bulk of Seelhammer’s experience has been rooted in Arizona.

“For our unique situation here, I think we really need someone who understands Arizona from the top down,” Harris said.

Seelhammer said her experience with the town of Queen Creek helped her understand the needs of both small communities and recently incorporated towns, both of which she managed in Queen Creek just after it incorporated in the mid-90s. Under Seelhammer’s tenure, the town grew from about 2,000 people to more than 20,000.

“When I was hired by the town of Queen Creek, it was a brand new town and I was the first full-time town manager,” she said.

Seelhammer went on to say she was interested in hearing the town’s goals and helping navigate issues including the recent budget constraints put in place after the Home Rule vote failed and steadily making progress on the town’s projects like the Ten X affordable housing development. While she would not commit to staying on as a permanent replacement yet, Seelhammer said she would be happy to assist the town in finding a permanent replacement.

Seelhammer lives in Flagstaff but will spend at least three to four days per week in Tusayan to conduct town business.