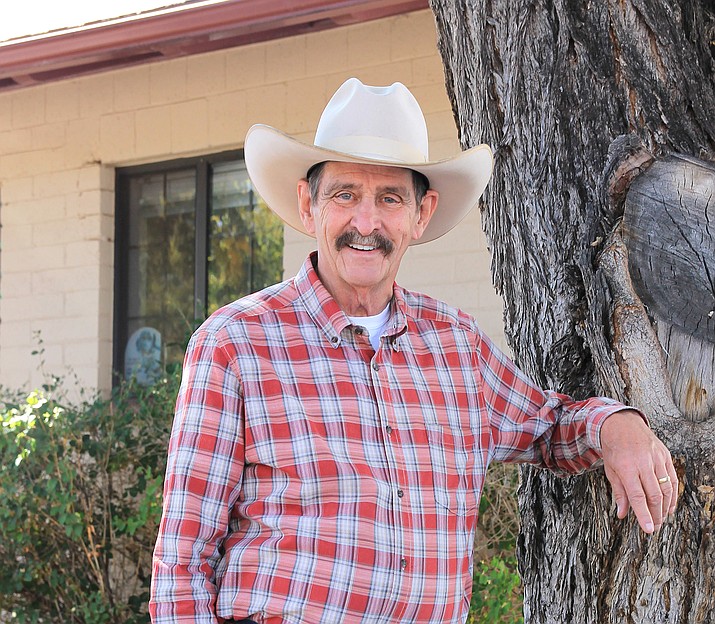 John Moore has announced his intentions to run for the U.S. House of Representatives District 1. (Wendy Howell/WGCN)

WILLIAMS, Ariz. — Williams Mayor John Moore will be shaking a few more hands this election season after announcing his run Oct. 7 for the U.S. House of Representatives under Arizona District 1.

Moore will be running against Republicans Chris Taylor and Tiffany Shedd during the 2020 primary.

In 2018, Wendy Rogers defeated Steve Smith and Tiffany Shedd in the Republican primary for District 1 but Democratic Congressman Tom O’Halleran won his second term during the general election to represent the district.

District 1 stretches along the eastern and northeastern portions of the state and includes Apache, Coconino, Graham, Greenlee and Navajo counties. Portions of Gila, Maricopa, Mohave, Pima, Pinal and Yavapai counties are also included in the district.

Moore has served as mayor of Williams since June 2008. He will retain his position as mayor through Dec. 31, 2020 when his term ends.

Moore believes he is uniquely qualified to serve District 1.

“I’ve spent my life living, working, and serving in rural areas. I know these people, I am these people, and I know the kind of support their communities need to succeed,” he said.

Moore said he has considered running for state office for quite some time. He said he is weary of hearing elected officials make promises each election and then not following through on those promises.

Moore moved to Williams from Missouri in 1985 and was hired as the Williams’ police chief in 1986. He served as a Williams’ city councilman from 2004-2008 and has served as mayor for the last 11 years.

Moore he has worked with governmental entities throughout northern Arizona in various capacities including as board member and chair of the Northern Arizona Council of Governments (NACOG), which include Apache, Coconino, Navajo and Yavapai Counties, to provide regional services.

Locally, Moore has helped to successfully developed sustainable water sources for the city of Williams, a problem which plagued the city for years.

Moore has extensive experience with retail, restaurant and hotel ownership, having helped develop the safety program for Grand Canyon Railway and owning/operating Wild West Junction and Miss Kitty’s Steakhouse in Williams for the last eight years.

With his background in law enforcement, Moore said he is a firm supporter of the Second Amendment for all responsible gun owners.

Another issue important for Moore is ensuring that quality public education is available throughout the district and that state, colleges, universities and trade schools are affordable and accessible.

“Education is important in America, not only Arizona. Arizona has lagged behind in education for a few years. We need to make education more readily available to all our young people, not only high school and college but trade jobs,” he said. “That comes along with keeping the economy and rural Arizona and District 1 moving along so that not only can they be educated they can get jobs and continue to live in rural Arizona.”

Moore said he does support the Trump tax cut.

“I support tax cuts of all nature. Put the money back in the people’s pockets,” he said.

Moore said during his campaign he plans to visit the communities of District 1.

“I plan on visiting every local community and will do my best to see every person in all of those local communities,” he said. “I could care less about the bureaucrats and the politicians, I am for the people and that’s who I will be working for if I am elected.