Controversial development near Grand Canyon will not seek water from Williams 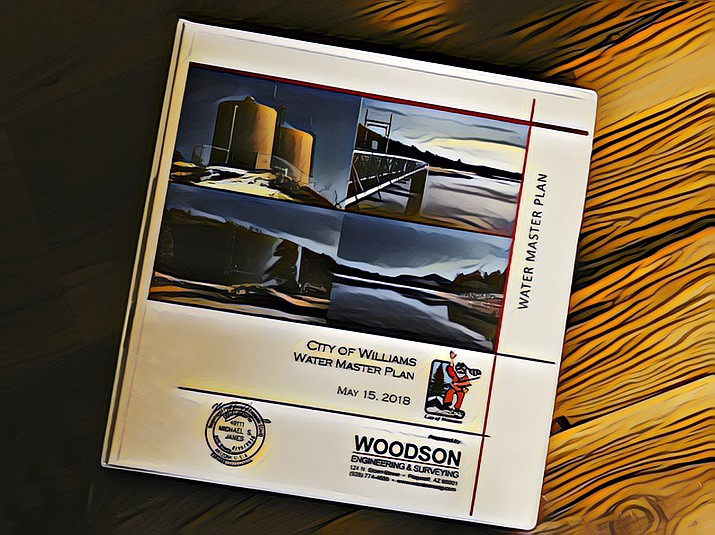 Stilo has owned the land intended for development since 1990, but was unsuccessful in convincing the voters of Coconino County to approve their plans.

However in 2010, Tusayan incorporated and approved zoning for Stilo.

The new USFS proposal is asking for road easements leading to both the Kotzin Ranch and Ten X Ranch properties to allow for utilities and sewer lines. Both properties are located only a few miles from the entrance to Grand Canyon National Park.

One major issue with the development is its proposed size and water use.

Some local residents became concerned about Stilo’s recent proposal when an Arizona newspaper article stated that Stilo was considering using water from Williams.

“No one has contacted me or anyone else within the city of Williams to use city water for the development,” said Mayor John Moore. “As long as I am mayor we will not provide water for a development in another city unless it’s a dire emergency.”

Andy Jacobs, spokesman for Stilo, said the company is not considering trucking in water from Williams.

Jacobs said the group specifically outlined in the new proposal that water for the development would not come from water sources around the Grand Canyon.

“In our last application, there was concern that any new development would take more water from those wells or lead to new wells in the area,” he said. “This time around we want people to know that we are committed to not using any groundwater from the local water table which could affect the seeps and springs in the Grand Canyon region.”

Jacobs said with that in mind, the Stilo group has not defined where the water would come from for the development.

“We do have some water sources lined up that we aren’t prepared to talk about publicly at this point, yet we are pursuing,” he said.

Jacobs said the group has considered the Black Mesa pipeline as a method for bringing Colorado River water to northern Arizona.

“We are looking at the bigger picture rather than just looking at local water providers here and there,” he said.

The Stilo development requires approval from the US Forest Service to construct just over 28,000 linear feet of main and access roads — about 52 acres of Forest Service land - to allow access and utilities to two pieces of land where Stilo plans to build a resort hotel, conference center, spa hotel or a dude ranch. This could include up to 2,500 hotel rooms and 250 RV spaces.

The property currently being developed by the town of Tusayan into affordable housing at Ten X Ranch is accessed via Forest Service Road 302, and Jacobs said the proposal is to pave the road and run utilities along it about three miles to the site. Utilities provided along the corridor would include water mains, both reclaimed and potable, sewer line, natural gas pipeline, and electricity and telecommunications lines for internet service, cable television or landline phones.

Two similar access roads have been requested for both northern and southern access to the Kotzin Ranch property, each about 1.5 miles of paved, two-lane roads with water, electricity and telecommunication utility easements.

So what exactly does Stilo envision?

According to a refurbished website, tusayansfuture.com, the new proposal doesn’t include several rumored projects, including a water park, roller coaster, Wal-Mart or a golf course. The website contends the property is not zoned for these types of activities and they were never planned in the first place.

What Stilo does envision, however, is what Jacobs describes as a sort of cultural village for visitors at Kotzin and more neighborhood amenities at Ten X.

He said some of the commercial development that’s been of interest to Tusayan residents are churches, grocery stores, a laundromat, day care centers and the kind of development seen at Ten X.

Jacobs said at Kotzin, Stilo has a vision for a cultural campus where visitors could come and experience different aspects on the science side of the region such as the night sky, geology, hydrology, cultural resources and Native American stories all in one campus.