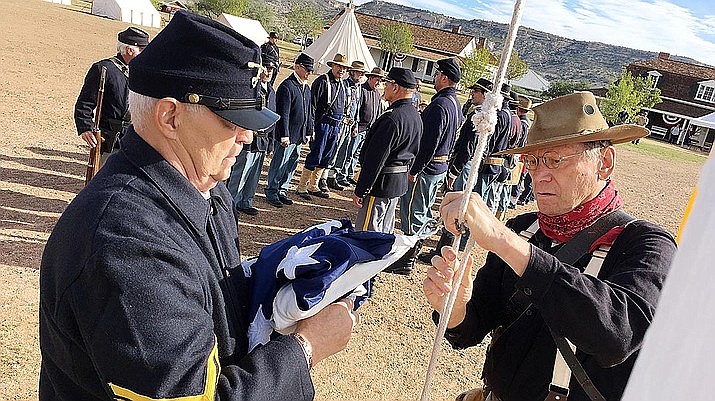 This year’s Fort Verde Days will take place Friday, Oct. 11 through Sunday, Oct. 13. The Town of Camp Verde has planned events for both Friday and Saturday, with Fort Verde State Historic Park having events planned on both Saturday and Sunday.

The theme for this year’s Fort Verde Days parade is “Once Upon a Time.” This year’s Grand Marshal is Howard Parrish, founding member of the Camp Verde Cavalry.

The carnival kicks off the annual festivities at 4 p.m. Friday on the soccer field behind Camp Verde Town Hall.

Enjoy live music Friday and Saturday, and visit the many vendors and the beer garden – and visit the craft show in the Community Center gymnasium on Hollamon Street.

Saturday gets started early with the Kiwanis Pancake Breakfast in the Community Center Kitchen at 7 a.m. and ends at 9:30 a.m., just before the 10 a.m. parade on Main Street.

This year’s Kiwanis K Run takes place on Saturday at Veterans Memorial Park, with a 10K at 8 a.m., a 5K at 8:15 a.m. and 3K at 8:30 a.m. For more information or to register for one of the races, visit FortVerdeDaysKRuns.itsyourrace.com.

Following the parade, the Verde Valley Questers will sell a variety of home-baked pies and homemade pickles at the historic George W. Hance House. Proceeds will be used for the continued restoration and furnishings of the Hance House.

Both Saturday and Sunday at 9 a.m. the Fort will have a flag-raising and flag-lowering ceremonies on the Fort Verde Parade Grounds.

Watch Fort Verde volunteers demonstrate Dutch oven cooking throughout the weekend, with lunch available Saturday and Sunday for a suggested donation price of $8-$10.

Cheer on the locals in an 1860-era baseball game at 1 p.m. Saturday at Fort Verde, as the Excelsiors hit with wood bats, catch the ball without a glove and pitch underhanded.

--- Schedule is tentative and subject to change ---

After the parade until 4 p.m. – Hance House is open

After the parade until they sell out – Questers’ Pies and pickles sales; Hance House

10-2 p.m. – Hance House will be open for visitors by the Camp Verde Historical Society

--- Schedule is tentative and subject to change ---