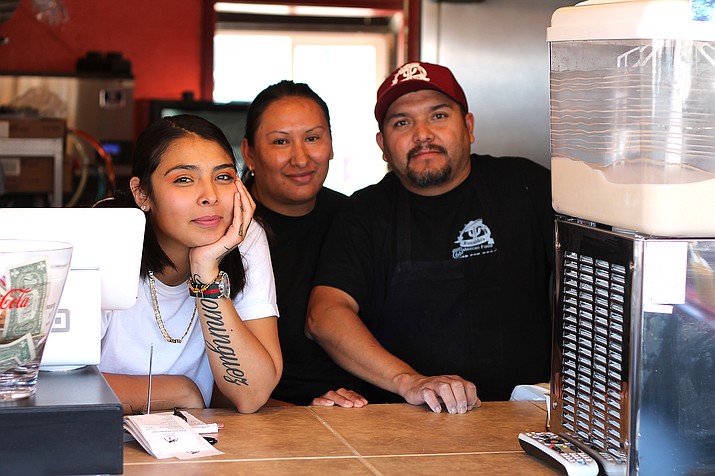 Gabriella, Veronica and Raul Dominguez have been making improvements and widening the menu at Ronaldo's. (Erin Ford/WGCN) 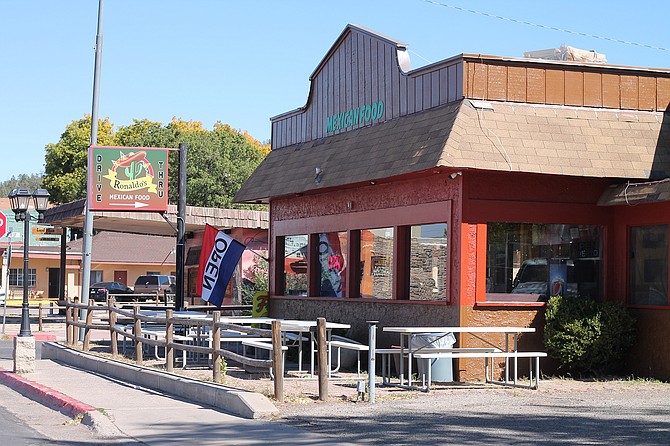 That's because the restaurant, once part of a franchise, changed hands — and the new owners are putting their own spin on both the inside and outside of the business.

Veronica, Raul and Gabriella took over the restaurant from its former owner Oct. 2. They changed the name to Ronaldo's and fresh coats of paint inside and outside have been welcoming visitors since then.

Veronica said in addition to updating the building, there are new menu items to cater to all visitors, including American fare like cheeseburgers and salads to complement their traditional Mexican menu. Gabriella, translating for both Veronica and Raul, said they also added Mexican soups like menudo to the menu, and mini tacos for easy-to-eat food on the go.

Veronica said the restaurant is now available for catering and will be serving breakfast all day.

Ronaldo's is fully open and customers can expect great service, as the staff and managers will remain the same. Renovations will continue on both the interior and exterior of the restaurants.

"We are going to continue renovations and upgrades to make the restaurant more presentable to our customers," Gabriella said.

Business beat: Francisco's Mexican Food
Just like grandma's: Chicken Kitchen to open for all day eats in Tusayan
Out of the Past: Week of March 30, 2011
McDonald’s beefs up with new technology
Grand Canyon panorama mural recently completed at Canyon Plaza hotel
Event Calendar