Solar power in Williams? LGCY Power says why not 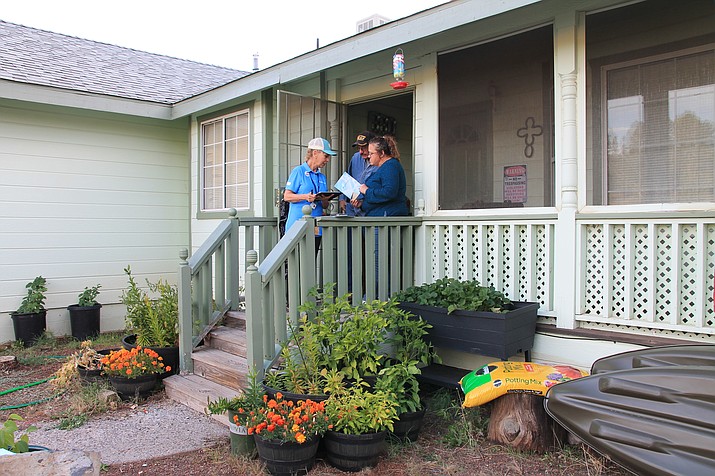 WILLIAMS, Ariz. — In the coming weeks and months you may get a knock at your door. While it may be seasonal trick-or-treaters, it could be Victoria Uszenski, a local representative of LGCY Power, the newest option for renting or purchasing solar in northern Arizona.

This is the first time the company has offered solar options in northern Arizona. They currently have operations in the Valley and other areas of southern Arizona.

LGCY Power sales representative and Williams’ resident Uszenski said the company is growing and offering options in northern Arizona was the next step for the company.

To make sure people know how LGCY Power works and what options are available, Uszenski plans to visit Williams’ residents, knocking on doors and to explain solar power.

“What I do is knock on doors, set appointments (and) I review their power bill with them,” she said.

Uszenski said the significance of reviewing the bill shows customers what they are currently paying and then compares it to a fixed rate that will not change if a customer signs a 25 year contract.

LGCY Power is offering two options, a lease program or a purchasing option.

“We have a lease program now, people don’t have to buy the system now,” Uszenski said.

According to Uszenski, the lease program is very similar to what they can expect with their current utility provider.

“The lease program is just like they’re hooked up to an APS bill. We come in and put the solar system up on the roof, it costs them zero, nothing. We monitor, maintain it and insure it because we own it. All you’re doing is paying for the power that comes off your rooftop,” she said.

According to Uszenski, the customer then sets a monthly payment for the next 25 years. If a customer decides to sell their home the new owner automatically gets the same rate.

“Because the power system is already on the roof,” she said.

“You’re still going to pay your power bill. Why wouldn’t you want to pay a lower bill than one that is rising,” Uszenski said.

Williams residents Jimmy and Tina Benigar recently purchased a home in Williams and have opted to buy into solar from LGCY Power. The Benigars said they were interested in solar because of the monthly cost and because it is a renewable energy source.

“It makes a big difference in what we spend and it’s a renewable energy source where we’re not using the fossil fuels,” Tina said.

The new solar option will be installed later this year at the Benigars home.

According to its website, LGCY Power is focused on providing an extraordinary solar experience for customers in the United States. By offering a cleaner, cheaper alternative to traditional electricity, LGCY creates value for residential homeowners by providing solar power at little to no upfront cost.

Additionally, since 2014, LGCY has increased revenue by more than 22,000 percent and become one of the largest privately held residential solar sales company’s in the United States with operations in 19 states and more than 700 sales representatives nationwide.

More information is available from Victoria Uszenski at (928) 853-1622 or from LGCY Power at www.lgcypower.com.