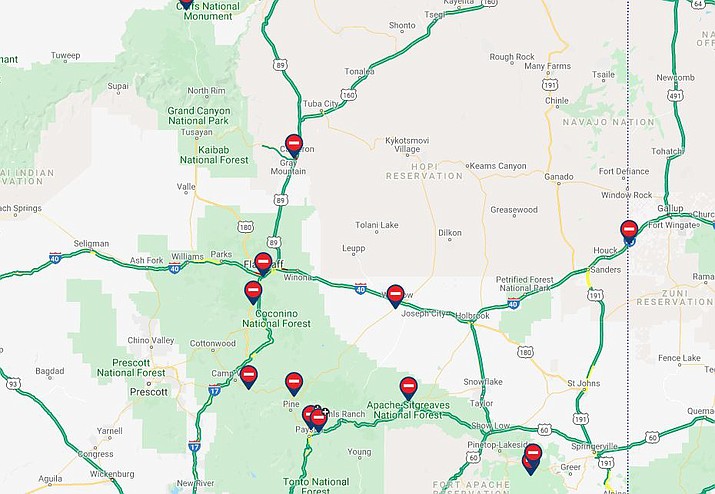 Arizona Department of Transportation has reported that Interstate 40 eastbound and westbound, and northbound Interstate 17 have reopened. The roads were closed early this morning following a heavy winter storm.

Roads that remain closed include: SR 87 between Payson and Winslow, SR 89A between Sedona and I-17, SR 260 from Camp Verde to SR87 and SR260 from Star Valley to Heber.

I-40 closures near Williams could cause travel delays through June 21
Switching lanes: Progress made on I-40 upgrades
Update 11:30 a.m. Feb. 22: Storm continues to hinder travel in northern Arizona
Several northern Arizona road closures planned including portions of I-40
Update: Powerful winter storm hampers travel across much of Arizona; road closures listed