A tribute to the 2019 1A State Champion Williams Vikings 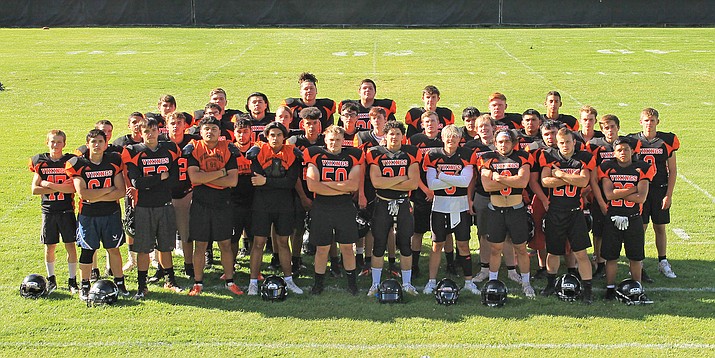 The Vikings cheerleaders prep before the 2019 1A State Championship game. (Wendy Howell/WGCN)

The game was one of the most challenging of the season for the Vikings as the scrappy Panthers fought the relentless Vikings the entire game.

Although the Vikings always maintained the lead, it wasn't until the final quarter when Viking Alex Garrett made a 50-yard touchdown run that Vikings fans could rest easy and watch the team take the win. 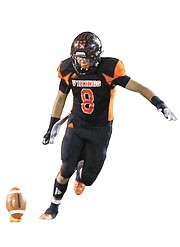 David Lozano had 4,201 kicking yards, was 7th in the state and led the 1A Conference. 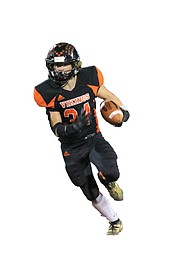 Chance Pearson had 1,423 rushing yards and was 2nd in the 1A Conference.

Pearson had 116 tackles and led the 1A Conference.

Luis Lara-Arredondo had 17.5 sacks and led the 1A conference.

Dorian Ayala had 14 sacks and was 2nd in the 1A Conference.

Alex Garrett had 954 rushing yards and was 7th in the 1A Conference.

Garrett had 82 tackles and was 5th in the 1A Conference.

A brief history of the current Vikings:

In 2015, many of the 2019 Vikings were in middle school and played for the Williams Falcons.

The team went 8-1 that year. Mario Vazquez, David Lozano, Chance Pearson and Gabral John ran the ball for the team. John Bryant was noted for his strong stance at the line of scrimmage. 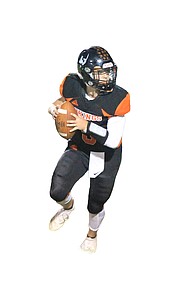 Kolby Payne and Zain Grantham alternated as quarterback for the team.

Falcons Head Coach Tad Wygal praised the team in several 2015 articles. In the Bagdad win, Pearson made a 44-yard touchdown, and made an interception that converted to a 34-yard touchdown run.

"The kid just gives everything he's got and more," Wygal said at the time. "He must have run for 200-yards tonight, he had a big, big day."

In the Falcon's game with Bagdad, Wygal praised the play of Vaquez, John, Cody Jensen and Oryn Orozco.

"I was pretty pleased with the whole effort," he said at the time. 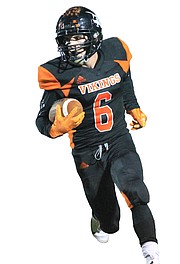 During the Prescott game, Lozano recovered a fumble and ran 30 yards for a touchdown. Vazquez, Pearson and Lozano were noted for their tough play.

"It was a hard fought game all the way through," Wygal said. "They (Prescott) have hundreds of kids to choose from. Obviously we played well."

In 2016, the Vikings were in their second season of 8-man football and went 9-2 overall, 6-0 in the region and were the runner-up in the 1A State Championships, where they lost 60-6 to Bagdad after beating Superior 42-40 in overtime in the semifinal. The Vikings’ only losses that season were to Bagdad.

In 2017 the Vikings returned to the state championships and faced Superior. Superior had upset top seed Bagdad in the semifinal game.

The Vikings went 9-2, with losses to Bagdad and Mogollon that year.

In the playoffs the Vikings beat Salome 55-6 and avenged the earlier season loss to Mogollon with a 64-52 win in the semifinals.

In the first half of the state championship game, the Panthers and Vikings were well matched with the Vikings leading at halftime 22-14.

After the half, the Vikings lit up the turn and outscored the Panthers by 41 points to take the win 57-14.

The win was the first state championship for the Vikings since 1993.

In 2018, fans, coaches and players believed the Vikings had a good chance of making a return run to the state championships.

However, the Vikings stumbled as the playoffs approached and succumbed to a plague of injuries.

The Vikings lost Lozano, Pearson and Kolby Payne to earlier season injuries and Dorian Ayala to illness the day of the semifinal game.

Fans saw almost a complete turnover of players in the semifinal game where the Vikings lost to Hayden 30-6.