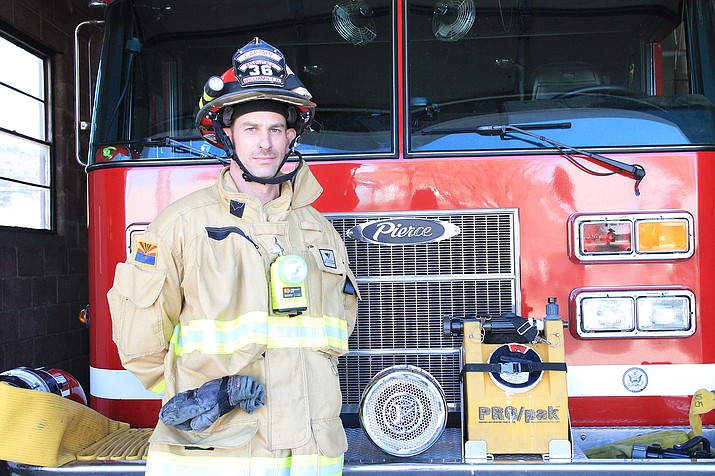 WILLIAMS, Ariz. —Ryan Kopicky, a captain and volunteer firefighter with Williams Fire Department, moved to Williams from the Pacific Northwest more than a decade ago and now he and his family are moving back.

“I think a part of that is a change in job and being able to be closer to family,” Kopicky said.

Kopicky moved to Arizona to work for Young Life at Lost Canyon, located south of Williams, more than 14 years ago. He had limited experience in firefighting and wanted to do more once he established himself in town.

“I did a stent of wildland (fire) work in the summer, probably 17 years ago and really fell in love with it. I always said if I could volunteer in a setting I would enjoy doing that,” he said. “For me, being able to contribute to the city of Williams and the surrounding area has been a joy.”

Kopicky has been a volunteer with Williams Fire for 12 years. He has served as a firefighter and a captain, as well as coordinating the fire prevention program and working as the public education officer, a job he thoroughly enjoyed.

“Doing fire prevention, who knows what (we) prevented in doing some of that stuff. Saving lives and property is what we’re about,” Kopicky said.

“Ryan is a team player, team builder and an inspiring leader. He will be greatly missed,” Schulte said. “We wish him and his family the best on their future endeavors in the Pacific northwest. On behalf of the Williams Fire Department, we would like to thank Captain Kopicky for his 12 years of dedicated service to the community and the department.” 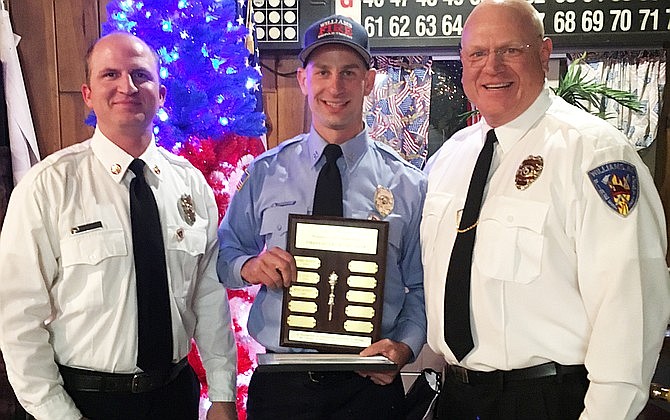 In 2017, Kopicky was named the Firefighter of the Year for Williams Fire Department.

During his time with the fire department, Kopicky said he has been stretched to learn and has expanded his skills as a firefighter and developed leadership skills.

He said there have been challenges to serving as a volunteer firefighter in Williams — including working with limited resources and sometimes limited manpower.

“We’re a small volunteer department and realizing you don’t have everything but yet being resourceful and making due with what we have in a time of need, sometimes you can be stretched,” he said. “I think another difficult thing is that we never know who is showing up on a call and making the best of that as well.”

Despite limited manpower and resources, Kopicky said there is a comradery within the firefighter community that is unmatched.

“When our pagers do go off, working together as a team, whether there’s politics or someone doesn’t get along with so and so, that’s all put to the wayside and we get the job done,” he said.

Training and being involved with the daily functions of the fire department have also played a big role in Kopicky’s time with Williams Fire. He said sometimes it’s the small stuff that brings a department together.

“There’s an image of what volunteers and career folks do, but there’s also the stuff that we do that not everybody gets to see and there’s joy in that too,” he said. “(Like) taking classes down at Arizona State Fire School (ASFS) and realizing that there are a lot of volunteers in the state. I think what ASFS has done to help train volunteer or smaller departments, to help get them better educated to do their job is (great).”

In addition to working at Young Life Lost Canyon and volunteering full-time , Kopicky and his wife started a family in Williams. They welcomed daughter Amelia and son Marshall in Williams.

Kopicky’s wife, Christin, also works in Williams. She is the first through fifth grade special education resource teacher at Williams Elementary-Middle School. Christin said she plans on teaching in Washington after the move.

Kopicky and his family are moving to Kent, Washington where he will manage a wholesale nursery.

“And hopefully get on with another small fire department,” he said. “Maybe not in this first year of my job but I’d like to continue to pursue that.”