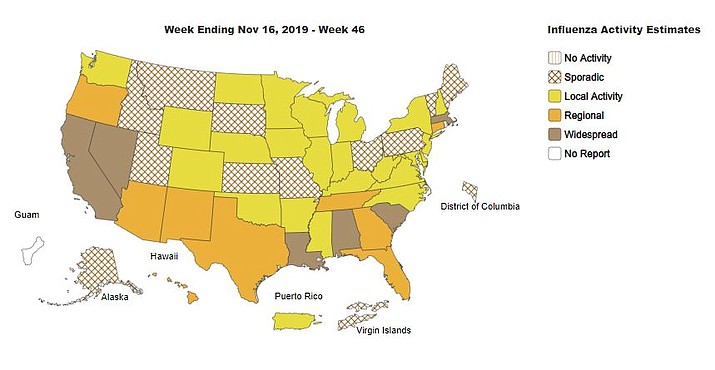 According to the CDC, flu is now at regional level in Arizona, and widespread in neighboring states California and Nevada. (Graphic/CDC)

PHOENIX — State health officials say flu cases in Arizona have tripled in comparison with previous seasons at this time and that all 15 Arizona counties have reported flu cases.

The Department of Health Services also said Nov. 22 that more than half of the reported cases this season involve infants, children and adolescents.

The department reported 950 laboratory-confirmed flu cases so far this flu season, compared with 290 cases for the same period of 218.

The department said taking measures such as getting a flu shot, washing hands, covering coughs and staying home when sick can help prevent the spread of the flu and other illnesses.