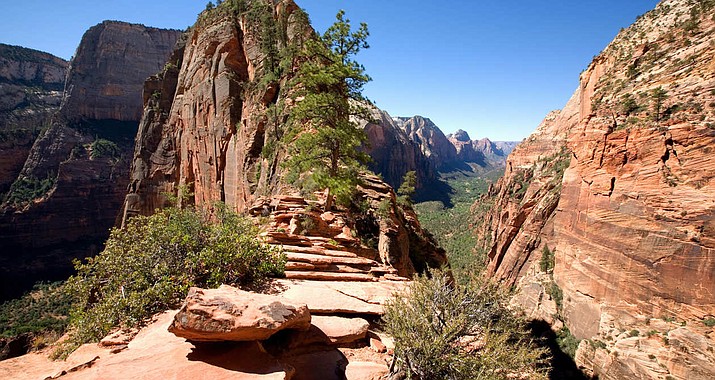 SALT LAKE CITY (AP) — Zion National Park officials say a hiker found dead at the bottom of a popular trail bordered by steep drops was a concession employee at the park in southern Utah.

Officials on Friday identified the person found dead Thursday morning as 19-year-old Savannah McTague and said she was a Maine resident who worked for Xanterra at Zion Lodge.

No hometown was provided.

A park news release said McTague’s body was found below the Angel’s Landing trail after she was reported missing late Wednesday afternoon.

The release said McTague’s injuries “were consistent with a high elevation fall.”

The trail reopened Tuesday after being closed for several days because of a rock fall. Park officials warned hikers to be careful on the trail due to a winter storm moving into the area.