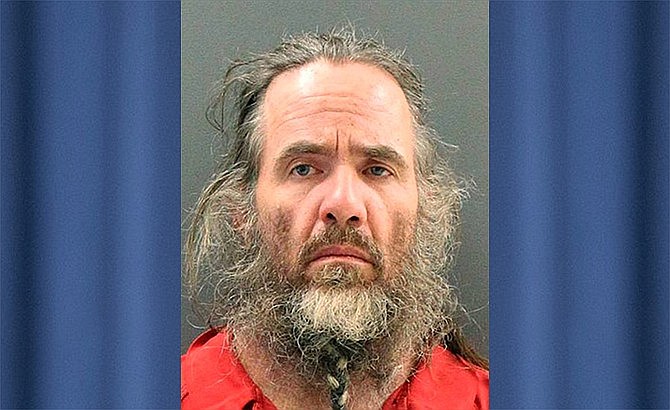 Gregory Niedermeyer was found guilty of four felony counts Nov. 20 including two counts of attempt to commit second-degree murder for a 2015 incident at his home in Juniperwood Ranch area, located near Ash Fork, Arizona. (Photo courtesy of Prescott Daily Courier)

The 53-year-old Ash Fork man was arrested along with his son on their estate in Juniperwood Ranch on July 9, 2015, after ambushing “Volunteer in Protection” member Steve Edgar. 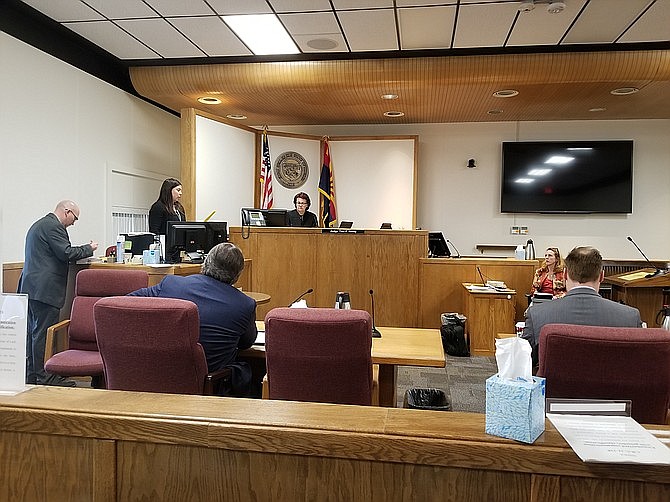 The verdict is read at the conclusion of the attempted murder trial of Gregory Niedermeyer at the Yavapai County Superior Court in Prescott Nov. 20. (Max Efrein/Courier)

Edgar had walked onto the property that day to pick up some papers he had dropped while patrolling the area and soon found himself under fire, according to his testimony.

The initial bullet struck his ammunition pouch, passed through his hip and ricocheted into the YCSO cruiser he had parked nearby. Two rounds from a handgun magazine in the pouch were also set off and fragmented into his lower abdomen.

Edgar managed to escape the situation, but not before being shot at several more times.

An investigation found that the shots were fired from two different rifles positioned about 200 yards away.

After an hours-long standoff with deputies at the property, Niedermeyer’s son, Jason, called 911 and surrendered. Gregory surrendered shortly after.

Both refused to accept plea deals offered by the Yavapai County Attorney’s Office, so their cases went to trial.

Jason’s trial took place in 2017 where he was found guilty of aggravated assault with a deadly weapon. However, he was acquitted of attempted first-degree murder, for it was determined that he had no real intention of harming Edgar, according to a summary of the case on Leagle.com. Rather, his father was deemed the aggressor, and had taken the shot that struck Edgar.

Testimony from law enforcement during the trial indicated that Gregory had a history of aggression toward law enforcement, and had, at various times, threatened to shoot anyone who stepped foot on his property without his permission.

The evidence supporting this was presented by the prosecution during Gregory’s trial, which began at the Yavapai County Superior Court in Prescott Nov. 7 and concluded Nov. 20.

During the trial, the defense attempted to push back against this argument by stating that Jason was instead responsible for everything, in part because he had a warrant out for his arrest and did not want to go back to jail.

“I think that was a big ask,” said Joshua Fisher, lead prosecutor in the case.

After about two hours of deliberation, the 12-member jury came to the same conclusions as the jury in Jason’s trial.

Gregory was found guilty of all four felony counts – two counts of attempt to commit second-degree murder, aggravated assault and criminal damage, which was included because of the bullet that struck the YCSO vehicle.

Gregory had refused to leave his jail cell throughout the duration of the trial and could not be sentenced in his absence Nov. 20.

Presiding Judge Tina Ainley, said they will attempt to sentence Gregory Dec. 16. If he again refuses to be transported, sentencing will take place Dec. 30 at the Yavapai County Jail in Camp Verde.

“I just don’t want this to become a scuffle,” Ainley said. “I’ve done this once before, where we’ve done sentencing at the jail.”

Edgar, who continues to serve as a volunteer for the YCSO, said he’s glad Gregory has finally been held responsible for what he did.