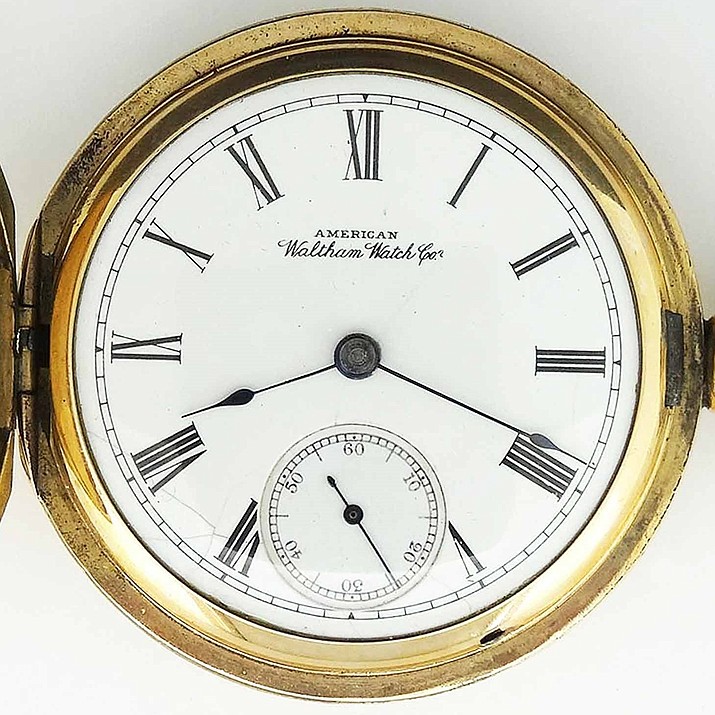 A gold pocket watch, like the one above, that belonged to John Muir has been missing since 1978. (Photo/NPS)

On the night of July 23, 1978, an unknown person(s) broke into a park display case and took a gold pocket watch that belonged to John Muir.

The pocket watch was targeted in the theft and was the only item stolen. It is gold plated and made by the American Waltham Watch Company. It has a “hunter style” case with a shield design on the front. It also has the number 764188 stamped on the inside, back cover of the case. The watch face dial says “American Waltham Watch Co,” has Roman numerals for each hour, and a circular section with a seconds hand on the lower portion of the dial.

Anyone with information on the current whereabouts of the pocket watch or any information regarding the theft in 1978, is asked to contact the National Park Service Investigative Services Branch. Up to $1,000 is offered for the watch’s safe return.