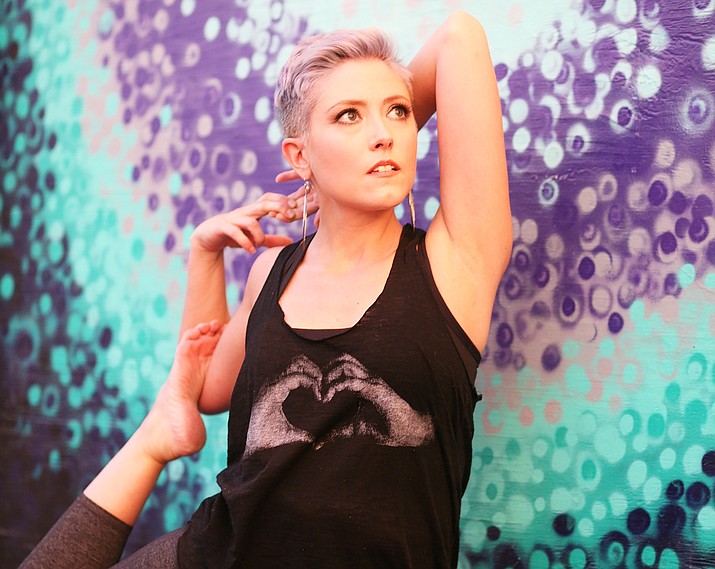 GRAND CANYON, Ariz. — Yoga classes are now available at the Grand Canyon, as the result of a partnership between two residents.

Beth Coombs and Stephanie Washington, both certified instructors with years of experience, are trying to use the practice as a place of healing and community within the park.

Canyon Community Yoga (CCY) kicked off at the beginning of this summer on the Canyon’s yard sale Facebook group.

Washington moved to the Canyon in mid-June when her husband received a job at Grand Canyon School. She has taught yoga in Phoenix and hopes to continue that work.

Soon after Washington’s arrival, she discovered someone else was about to finish the teaching certification course and wanted to set up a program. Coombs, an NPS employee, had recently arrived from Yellowstone. Washington reached out, asking to collaborate, and they hit it off immediately.

“We had so much in common with what drew us to yoga in the first place, and just openness to be that support for each other,” Washington said.

One of the reasons Coombs and Washington have such a similar approach is that they came to yoga for similar reasons.

In October of 2000, Washington was in a car accident that left her with chronic pain and PTSD. At the time, she wasn't especially active, but the stress and pain were signaling that something had to change. A friend at her church suggested she attend a yoga class led by the pastor's wife. She said she felt a sense of inner calm and relief from the physical pain that was almost entirely new to her. Years later, when it was suggested she think about teaching, she said it was unexpected, but felt right. She wanted to share what she'd learned to help other people through their trauma.


According to CCY’s Instagram account, Coombs started practicing yoga in Death Valley in 2008. She was initially drawn to the exercise as a form of stress relief, but ended up using it as a way to cope with a variety of life events. Like Washington, she found a unique solace in yoga, and wanted to share that positive experience with others. She said that she enjoys that yoga is available to all people.

"It meets you where you are at any point in time," she said.

With this partnership, the instructors are trying to make yoga accessible to all members of the Grand Canyon community — there's no need to have any specific past experience or set of beliefs. Coombs and Washington hope their classes can be a source of unity and stability in the lives of park residents. A safe place to process.

“Our goal in coming together was to offer yoga that would be acceptable for any level, a really welcoming environment for people who are completely new to yoga, all body types and also secular in the way that we teach,” Washington said.

Currently, they teach three classes at the Community Recreation Center on Monday and Wednesday evenings, focusing on different schools and techniques. Most concentrate on areas such as alignment or gentle stretching, rather than an intense physical workout (see insert). While there are many different ways to practice yoga, and the instructors have training in multiple schools, they wanted the classes to be an opportunity for exploration for their students. All classes are open to beginners and experienced practitioners alike. The only thing needed to participate is an ability to show up.

More information is available at the Canyon Community Yoga's Facebook page, or stop by the Community Recreation Center before a scheduled class.