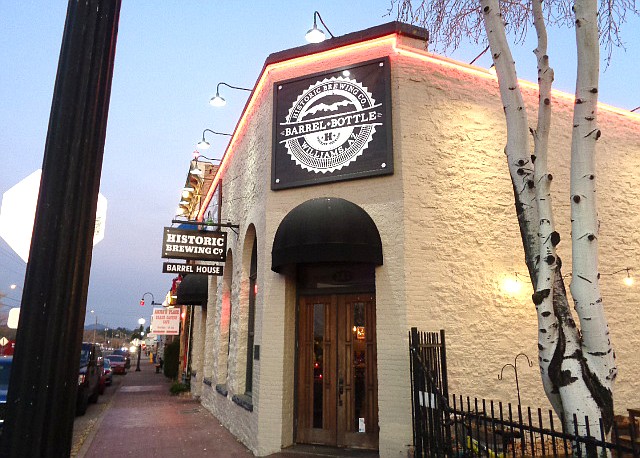 WILLIAMS, Ariz. — On a near perfect Saturday afternoon in the “Mile-High City” that is Denver, Colorado, the 33rd edition of the Great American Beer Festival was concluding its three day hops and barley infused event with an awards ceremony honoring the finest beers in America, including Historic Brewing Company.

Three hundred and eighteen medals were awarded from 9,497 entries in the world’s largest and most eclectic commercial beer competition. More than 2,290 breweries representing all 50 states were in attendance during the event, held Oct. 3-5 at the Colorado Convention Center, with brewers putting their best pints forward in hopes that the fermented concoction of love for his craft, would bring home the coveted gold. Amidst the hordes of beard toting brewers and amateur beer connoisseurs, Historic Brewing Company, from northern Arizona, threw its lager in the ring to prove to all attendees that greatness is only achieved with the proper amount of imagination, love and a whole lot of taste testing.

Historic Brewing Co. was established in 2013 by the Kennelly family (now known as Kennelly Concepts) and found a home among the dusty remnants of the once well known Mogollon Brewing Company in Flagstaff, Arizona.

In 2013, the thriving mountain town had already established itself as a community with a very refined palate for craft beer, as there were already a handful of local breweries that had firmly wrapped their roots around the town’s flannel flaunting citizens. Historic Brewing Co., located on the east end of the city and off the beaten path, was about to plant its foot print among the native brewing elite.

It was in 2013 that the Kennelly family placed their trust in brewmaster Ryan Burac to stew up his magic and produce a series of delightful ales that would tickle the taste buds of all who indulged. Burac would not accomplish this alone; he found a gifted apprentice, Zack Stoll, to help him. With only four 60 barrel vats to begin with, Burac and Stoll had their work cut out for them.

“We started out with two mainstay beers,” Stoll said, “The Pie Hole Porter, which is still our most popular and the Everyday Special that was a hopped up pilsner.”

During this period, Historic Brewing Co. management wasted no time in expanding their operation to assist the brewmaster and his talented protégé in their quest in producing the finest brew in the region and beyond.

By 2015, the brewery had acquired a reputation of creating prime quality beer with high quality ingredients, and the pint-sipping residents of Flagstaff were happy to have fresh blood in its shallow brewing pool. As demand for the brewery’s ale surged, the Kennelly’s family accommodated its patrons by expanding the brew houses reach across the belly of Northern Arizona. 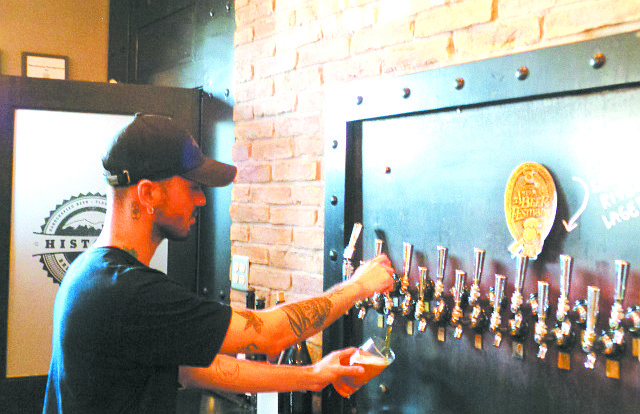 In 2015, Kennelly Concepts opened the doors to the Historic Barrel + Bottle House in downtown Williams, transforming the former Pancho McGillicuddy’s restaurant and filling the bars at three other locations, the Grand Canyon Wine Co., Station 66 Italian Bistro and Canyonlands at Bearizona with their revered craft beer.

“We just started canning in January 2019,” Stoll said. “Our distribution area is nearly statewide at the moment, with three beers in cans currently, a fourth on its way in January and several bars in northern Arizona have it on tap.”

As the brew company continues to expand its brand and create even more thirst quenching beverages for its clientele, it has also aimed its focus on providing a helping hand to several local organizations and non-profits.

“We do community brews for organizations and non-profits to help raise money and spread awareness for their cause,” Wolin said. “We have a year-long collaboration with the Grand Canyon Conservancy (GCC) which is really close to everyone’s heart here in northern Arizona. We did a five beer series with them and even private labeled some wines for fundraising events; it has been a great local partnership for us to have, and has helped increase more awareness for the Grand Canyon community, as well as raise money for their mission. Ten percent of all keg sales on all five beers will go back to the GCC.”

The conservancy is just one of the many alliances in which the Historic Brewing Co. has joined forces with in order to make local communities a finer and brighter place to call home.

The Colorado Conventions Center main hall was swollen with beer lovers and brewmasters foaming at the mouth as the judges belted out the winners from each specialized category. When the gavel fell and the gold medal winner for Americas finest American-Style Fruit Beer was finally announced, the Historic Brewing Company’s Salt River (Lager) with its light color, citrus aroma and crisp clean taste stood alone among the stifled 143 other entries.

For those interested in sampling an award winning brew, they can slip into one of Kennelly Concepts six locations between Williams and Flagstaff and order up a pint, it’s guaranteed to fill your day with a little more sunshine.