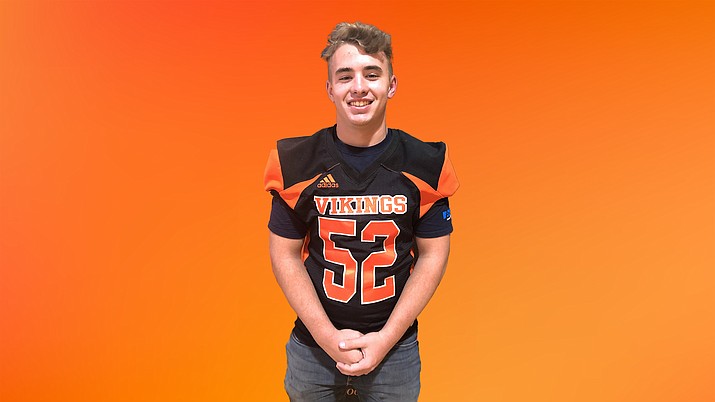 Sean Scott is a senior at Williams High School. He has been attending school in Williams since eighth grade.

Sean has been in the band and plays on the football team. He has been a lineman and now he plays defensive end.

Sean said that Ms. Carlyle had a big impact on his education at WHS>

Sean also said Mr. Brownlee has been a good role model and has inspired him to pursue law enforcement after high school.

For classes, Sean said he favorites have been Mr. Lee’s science classes, and his law enforcement and auto classes.

After graduation Sean plans to join the Army and hopes to do tours in Afghanistan and Iraq. When he returns he would like to be a police officer in Los Angeles and work on a gang unit or SWAT.

Sean said his greatest memories of high school are times with the football team.

If he went on a road trip he would take Xavier Leonet, Cameron Bashem and other friends.

“Xavier is the life of the party,” he said