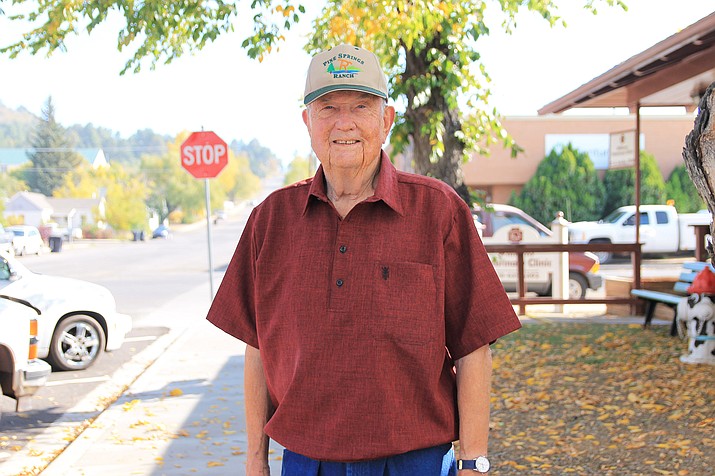 WILLIAMS, Ariz. — On June 30, 1956, a TWA Lockheed Super Constellation collided with a United Air Lines Douglas DC-7 over the Grand Canyon. Both aircraft fell into the canyon, killing all 128 persons aboard the flights. The crash was considered the most deadly civilian plane incident up to that time and remains one of the worst commercial aviation disasters in American history.

Pilots made 76 trips into the gorge over the next 10 days in banana-shaped twin-rotor helicopters. The National Park Service was assisted by rock climbers who worked to scale a 1,000-foot cliff to reach the DC-7 where wreckage was showered across the rocky slope and into the adjacent crevasse. 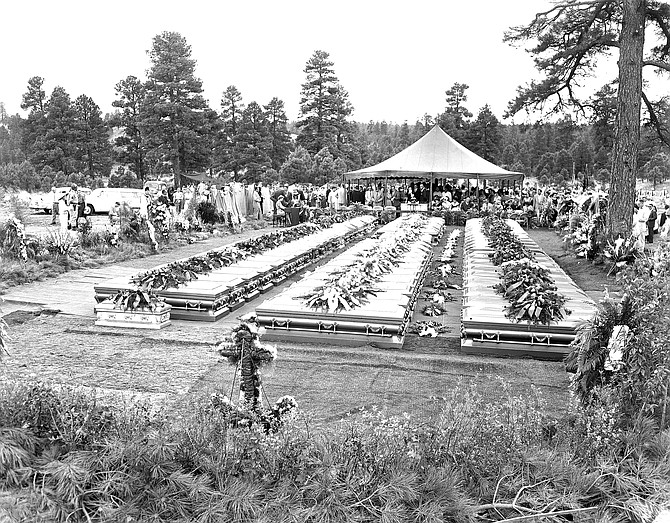 In this July 9, 1956 file photo, nearly four hundred relatives and friends of the 70 people who died in the crash of a TWA Super-Constellation over the Grand Canyon June 30, 1956 attend a mass funeral service in Flagstaff, Arizona. (AP Photo/David F. Smith, File)

The TWA wreckage, about 10 miles south of the United site and 500 yards above the river, proved more accessible.

News of the crash made headlines across the country, and recent Arizona State College (University) graduate Harry Robertson, his brothers Jerry and Gary, and several friends headed from Phoenix to the canyon to see if they could help with the recovery efforts.

“We helped unload the body bags from the helicopters and put them in trucks,” Robertson said. “We camped right there in the midst, although we didn’t go to the crash site. It was a god-awful mess, we were all shaken up.”

The foundation of a career in aviation safety

Robertson would go on to a nearly 65-year career devoted to aviation safety, specifically the engineering and design of the country’s first crashworthy fuel system. This system would eventually lead to saving over 8,000 lives in just the first 20 years of its existence by nearly eliminating post-crash fires in military helicopters. Robertson’s work has reduced the military helicopter death rate by fire from 42 percent in 1970 to less than 1 percent today.

The 1956 commercial airline collision over the Grand Canyon was not the first exposure Robertson had to an aviation mishap. When Robertson was eight or nine years old, he was visiting Luke Air Force Base, where his father went to discuss printing of the pilot-training class books. Robertson was sent outside to observe the airplanes landing and taking off, and as he watched, he observed a P-51 veer off after take-off and crash. 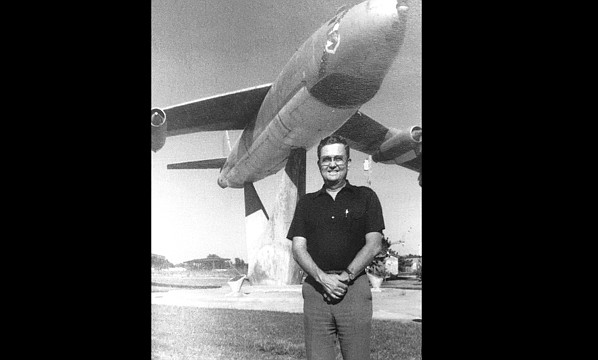 Nearly three decades after his active service in the Air Force, Harry Robertson encountered one of the B-47s he had flown, now mounted on a pedestal adjucent the interstate on the western edge of Witchita, Kansas. (Photo/Harry Robertson)

“The P-51s were doing touch and goes,” Robertson said. “Then I see one come in, pull up and then crash.”

Although just a young boy, the experience had a significant impact on him as military officials interviewed Robertson regarding what he saw.

As a college student, Robertson and a friend witnessed another airplane crash while quail hunting near Wickenburg, Arizona. Four F-84s were flying in a low-level formation when one of the planes flipped over and crashed into the shoulder of the road about a thousand yards ahead of Robertson and his companion.

“It started a prairie fire, but the pilot? He didn’t make it,” Robertson said. “That was when I was a sophomore in college.”

Robertson said those crashes and his inclination to understand the mechanics of things led him to develop a keen interest in aviation and plane wrecks.

In the fall of 1956, Robertson began his basic training at Lackland Air force Base in Texas. Following the training and indoctrination program, he was sent to flight training at Marana Air Base in Tucson. For five years, Robertson and his family moved to different locations in Texas, Missouri, Oklahoma, Kansas and Florida. He flew multiple aircraft including the T-34, T-28, T-33, C-45, B-57, B-47 and F-100.

The B-47 ended up being the aircraft that had the most profound influence on Robertson in terms of aviation safety. The airplane was swept-wing and had performance that rivaled the fastest fighters, but also demanded much more from its pilots.

It was unique in that it carried fuel in fuselage tanks instead of the wings and was radical in its aerodynamics. The B-47 had its engines carried in nacelles underneath the wing and represented a major innovation in post-World War II combat jet design, however, the B-47 suffered massive losses.

Over 203 aircraft (about 10 percent of the total produced) were lost in crashes, with 464 deaths.

The crash that became the catalyst

During the late 1950s, Robertson was trained to fly the B-47 and became aware of the skill required to fly the aircraft and the inherent risks involved.

“I knew the complications of the aircraft, but I still had to fly it,” he said. “That’s the way it was.”

It was shortly after several military personnel were killed in a B-47 take-off accident in Spain when Robertson began to consider how aircraft design could affect crash survivability.

“It strengthened my knowledge of what happens in crashes,” he said.

He began reading as much as he could about aircraft accidents, investigations and underlying causes.

“I learned all I could about the aircraft (B-47),” he said. “When I was flying with the military, I met the mechanics and looked at the parts. I met the guys who designed the airplane.”

During his final two years with the military, Robertson created a treatise with his ideas for a crashworthy fuel system that could prevent fires following an aircraft accident.

“When I finally got to fly that big jet, I started then thinking about how to redesign it so it wouldn’t catch fire when it crashed,” Robertson said. “That was the basis for me writing that treatise. So I wanted to do more than flying, I wanted to test fly.”

He also began investigating how to obtain funding, although the military was not supportive of his entrepreneurial ideas at the time.

Robertson realized that little research had been done on the relationship between post-crash fire and aviation safety. While the military kept him busy with his duties, Robertson continued to develop his theories and add to his treatise.

Anxious to set out on his own, Robertson completed his active-duty and set out with his vision of how post-crash fires could be reduced or eliminated with a new type of fuel system.

However, he was about to discover that having ideas and securing financial backing were two different propositions.

Although he had extensive education in engineering and business, and had spent five years as a pilot for the military, Robertson found himself without a job after the military.

He spent a month in Phoenix with his father, but then decided to move to Williams with his family and pursue opportunities there. He opened a small printing business and went to work for the railroad as a surveyor and signalman during new rail construction.

But Robertson continued pursuing his dream of a crashworthy fuel-system and met with engineers and other contacts who would listen to his ideas.

After about a year in Williams, Robertson returned to Phoenix to work at a printing company and join the Army National Guard as a pilot. He also began restoring high performance sailplanes for competitions.

It was there that he met Dr. James W. Turnbow, who would have a significant influence on Robertson’s pursuit to develop a crashworthy fuel system.

Turnbow was a fan of gliders and was a professor of engineering at Arizona State University. Turnbow and Robertson worked side-by-side on restoring gliders and during that time Robertson was able to share his aircraft safety ideas with him.

As it would happen, Turnbow worked for Aviation Crash Injury Research, a division of the Flight Safety Foundation that was conducting test crashes of aircraft to understand the impacts and survivability potential.

“Smartest man I ever met in my life, an absolute renaissance genius,” Robertson said. “Boy that man was smart, but he had the patience to put his arm around my shoulder and help guide me in the right direction. And to this day I don’t know why he did that, but I’m so thankful.”