Sheriff Mascher to retire after current term ends in 2020 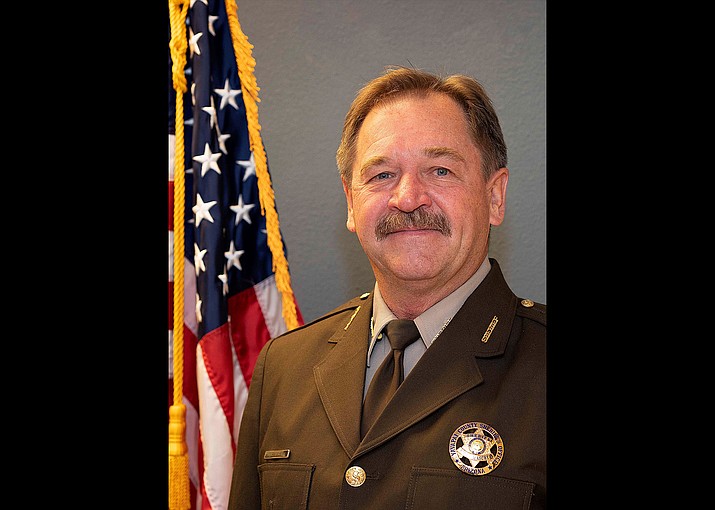 Currently in his second four-year term as sheriff, Mascher, 58, has been with YCSO for more than 35 years. Starting as a volunteer reserve deputy in 1983, he became a full-time deputy in 1986 and has since worked every rank.

His ascension to sheriff started with mentoring from his predecessor, Steve Waugh. Waugh was halfway through his second term when he abruptly decided to retire in June 2011 at age 65.

Since Waugh left in the middle of a term, it was up to the Yavapai County Board of Supervisors to appoint a replacement until the next election in Nov. 2012.

Waugh recommended the board select Mascher to fill the position. This was somewhat controversial at the time because Mascher had recently been rehired as chief deputy following a three-month retirement from YCSO. But Waugh assured the board that nothing fishy was going on and that Mascher was the best man for the job. The board ultimately agreed and unanimously appointed Mascher to be top cop in the county.

During Mascher’s time as sheriff, YCSO has seen many changes and has grown to reflect the times and needs of the community.

“I have accomplished many goals as sheriff and am ready to pass the torch as I move into private life and explore other opportunities following my retirement next year,” Mascher stated in the release. “As I have said many times, you are only as good as the people around you, and this has been the case throughout my time as sheriff.”

“There are currently many outstanding staff members in leadership roles, and I am confident they will continue the progress we have made to serve the (residents) of Yavapai County. This agency as a whole has done an incredibly good job, which is evident by crime statistics below state and national averages.”

For his remaining 13 months as sheriff, Mascher said he has a full workload and plans to stay busy accomplishing some new goals while remaining devoted to the day-to-day operation of the agency.

“Yavapai County is a great place to live and YSCO has a direct responsibility to ensure public safety and maintain a quality of life everyone can enjoy,” he said. “I will continue to place a high priority on maintaining this standard.”