Fundraising for baby giraffe at Out of Africa approaches $20K 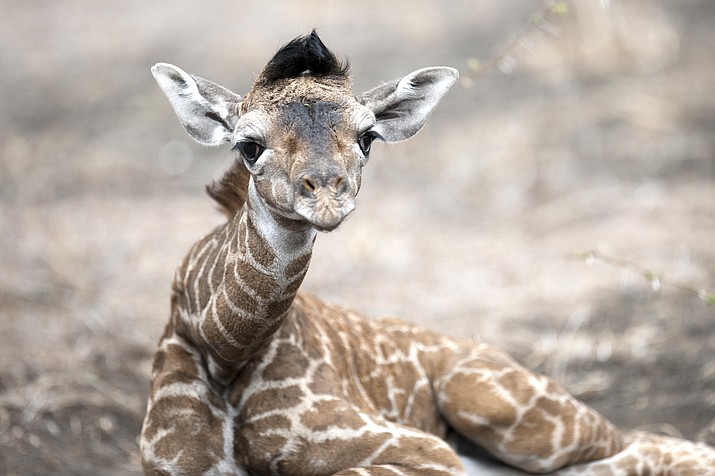 Out of Africa Wildlife in Camp Verde is fund-raising to a baby giraffe after the death of its popular giraffe earlier this year. (photo/Out of Africa)

CAMP VERDE — When Out of Africa Wildlife Park’s wildly popular giraffe, Kibo, died in August, park staff immediately began looking for a baby giraffe to honor Kibo’s legacy — and to continue to educate and charm visitors with the towering creatures.

The younger animal will join the park’s only remaining adult giraffe — Pilgrim, who, for the past 17 year, was, with Kibo, ambassadors for the park.

The giraffes greet park guests as the tall, exotic animals who have stuck their massive heads into tour vehicles and gave “kisses” to visitors who were brave enough to feed the giraffes treats directly. Out of Africa staff have located “a young male giraffe in need of a loving, forever home,” according to a GoFundMe.com page, but transporting an exotic animal is a “huge cost, one that we cannot accomplish on our own.”

Out of Africa spokesperson Ashton Powell said the park needs to reach a goal of $75,000 to professionally transport the baby to Camp Verde, create updates to the habitat and purchase items needed to accommodate an “adolescent” giraffe.

Powell said the young giraffe is still with its mother and is getting nourishment from her.

The GoFundMe page can be found at this link: tinyurl.com/y5kabure

The page itself has generated over $12,000 in donations through more than 160 donors in slightly more than one month of being live. However, Powell said the park has received almost $20,000 in donations, in total, to date.

Other fundraiser including Kibo tribute T-shirts and giving-tree ornaments.

Powell said park staff prefers to not to say where the giraffe is housed now, other than there is not enough space for him at that location.

“Just as it is in the wild, the males must go out away from their mothers to look for a wife of their own,” Powell said. “We will receive the giraffe when they are no longer nursing and the facilities are comfortable they are ready for transportation.”

The GoFundMe page statement says the park would like to see Kibo’s legacy continue on for a new generation of visitors.

“We hope he will continue to spread love and kisses while educating guests on all of his wild cousins,” the page states.