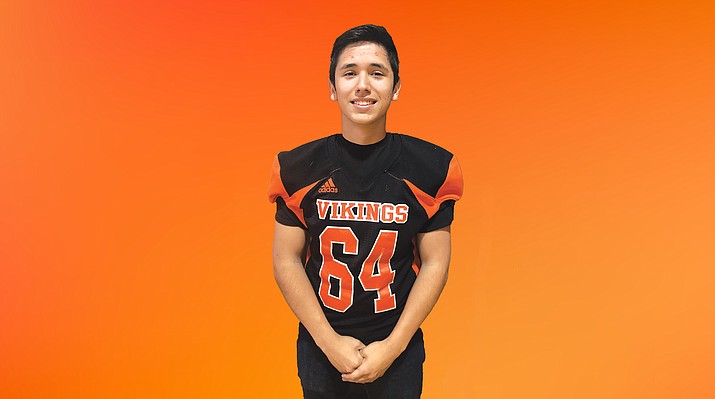 Joseph Saldana is a senior at Williams High School and recently moved from Desert View High School in Tucson.

He said he has enjoyed going to a smaller school and working closely with the teachers.

Saldana said Mrs. Lee has been a big encouragement to him at the high school. “She is the one I can talk to freely,” he said.

Saldana plays on the Vikings football team. He is a right guard. He also played some football in middle school.

After graduation, Saldana plans to enter the Air Force to be an aircraft mechanic and do a four-year tour. When he leaves the Air Force he wants to go to college and get a business degree. He also may go into the Air Force Reserves as a police officer.

Saldana has made a lot of friends at WHS and has enjoyed hanging out around the campfire with them.