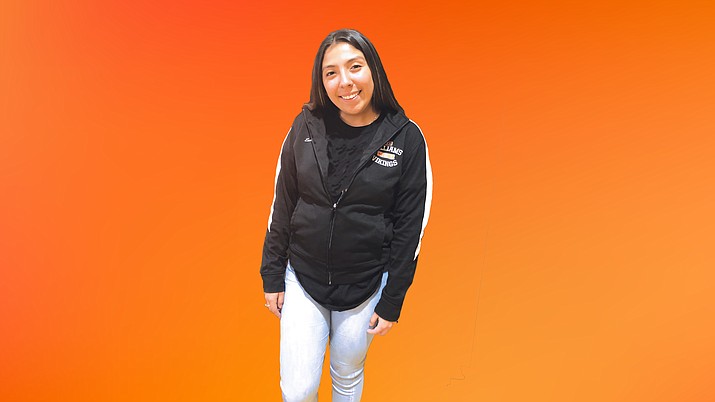 Emily Ramirez is a senior at Williams High School. She has attended school in Williams since kindergarten.

She has played softball and been on the cheer team at the high school. She is the Family Career Community Leaders of America president at WHS, and is also in National Honor Society.

Ramirez said Mrs. Moreno has been an encouragement to her at the high school. Moreno helped with college applications and kept her focused on graduating. She said her cheer coach Elizabeth Vasku has also been a big support at the school.

Her favorite class has been Viking Grill and she now loves baking and cooking.

Some of her favorite memories at the high school are the friendships she has made. She said she enjoys having friends in her class and the younger classes.

After graduation, she plans to attend Arizona State University and earn a bachelor’s degree in nursing. Then she wants to move into neo-natal care.

If she went on a road trip she would take Avery, Natalie and several others.