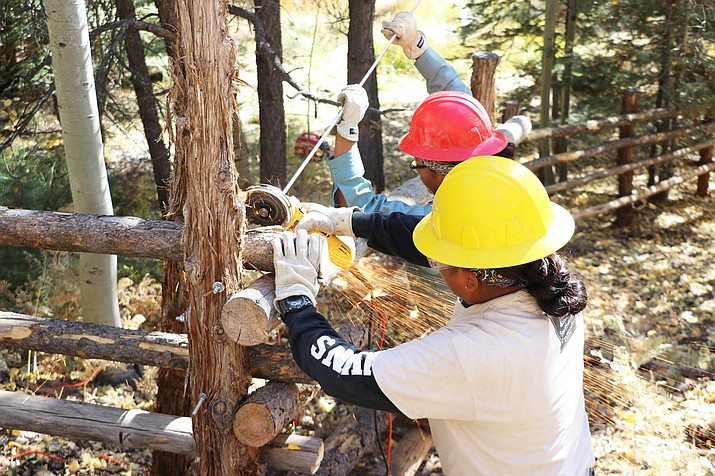 "These projects will engage tribal youth in waters-related and land resource management projects that are within their traditional tribal lands while providing job opportunities for underserved Native American tribal members," said Kit MacDonald, soils and watershed program manager with the Coconino National Forest and formerly with the Kaibab National Forest. "Springs and natural waters on the North Kaibab Ranger District are often sites of high cultural resource density, which are in need of protection from trampling and damage by domestic livestock and bison."

The NKRD and Grand Canyon National Park have been working together to exclude bison from these important habitats and to encourage the bison to return to the House Rock Valley area.

Crewmembers expressed that getting to work outdoors and connect with nature on lands sacred to their people were some of the highlights of working on this project. Working with one's own hands to create a lasting impact was central to the crew's experience and has created lifelong memories. 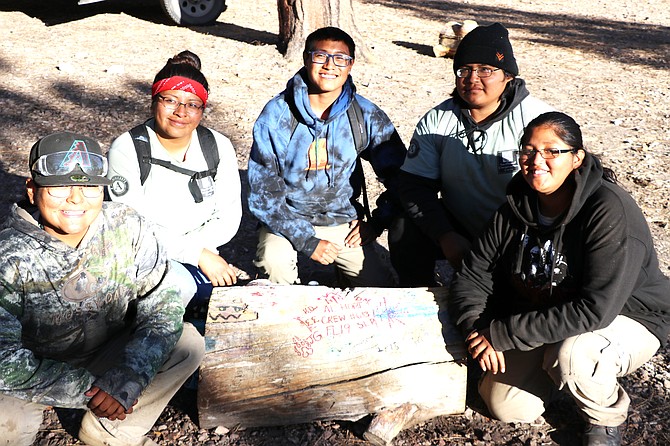 For Erin Eustace, crew leader from the community of Pollaca, First Mesa on the Hopi Reservation, the most memorable part of her experience in doing conservation work has been "being able to showcase what the Hopi youth can do and seeing the elders surprised at all the work they can accomplish."

"My grandmother inspired me to join the Ancestral Lands Crew," said Shawuana Polequaptewa, crewmember from Shungopavi village, Second Mesa. "I wanted to try something that got me out of my comfort zone to honor her and being here helps me connect to her."

Shawuana said she felt strongly why conservation work and this project specifically is so important.

"Water is healing, these springs are sacred special places that are powerful. They are a connection to my people, and they need to be protected," she said.

For some program participants like Ke'Andre David from Walpi village, First Mesa, the motivation to join the crew is the opportunity to learn new skills, reconnect with nature and explore career options while making money for school.

His favorite part so far has been meeting new people and how the crew has come together to learn from each other. Ke'Andre said he plans to join the crew for a few more terms before attending college. Because of his experience in the Ancestral Lands program he is considering a major in Environmental Sciences.

About the Ancestral Lands program

The Ancestral Lands program was started in 2008 through Conservation Legacy and the Southwest Conservation Corps. Its focus is to support the self-empowerment of Native American communities through a grass roots community driven approach. The goals of the program are to provide job and leadership experience for local Native American youth while connecting them to their heritage and cultural values. The program exposes youth to potential careers with land management agencies through the completion of important conservation and interpretation projects.