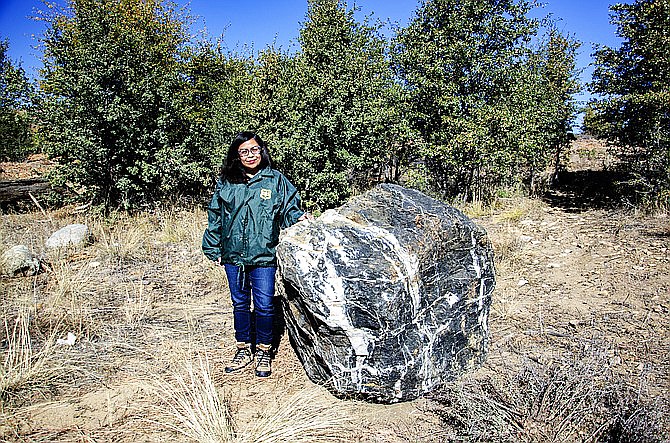 PRESCOTT, Ariz. (AP) — A boulder that mysteriously disappeared two weeks ago from a national forest in Arizona is back, and forest officials aren’t asking any questions.

Prescott National Forest officials said a forest employee on patrol Nov. 1 noticed that the 1-ton boulder dubbed “Wizard Rock” had been returned to a site along State Route 89 south of Prescott.

The much-admired boulder is black with streaks of white quartz running through it.

District Ranger Sarah Clawson said forest officials were thrilled that the rock was returned and “grateful that whoever took it was conscientious enough to give it back to the public.”

According to forest officials, it would have required heavy equipment to move the boulder.

Permits are required to gather and remove most forest products, including rocks, plants and trees.

3 outfitter guides convicted, banned from Arizona forests
Out of the Past
Reward up to $60,000 for Arizona park ranger missing since 1980
49-ton boulder closes Walnut Canyon trail through summer
Forest Service jobs in danger<br>
Event Calendar