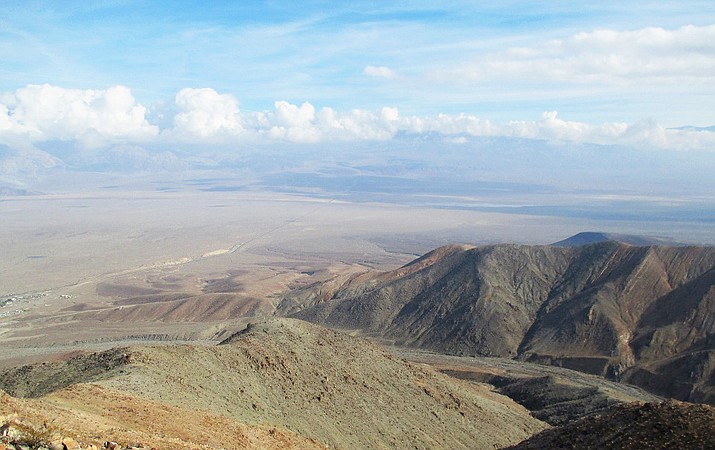 DEATH VALLEY, Cali. — The National Park Service has purchased 680.8 acres of private land within Death Valley National Park’s borders. From salt flats to mountain tops, the lands are a stunning addition to the park’s cultural and geological history.

“This fills in several holes in the park,” said Death Valley National Park Superintendent Mike Reynolds. “These areas will never be developed and are now protected for visitors to enjoy.”

The seven tracts were acquired from the Mojave Desert Land Trust, which purchases land from willing sellers for conservation purposes. Death Valley National Park used the Land and Water Conservation Fund to buy the land.

Two parcels totaling around 320 acres are located in the Owlshead Mountains, along a trail to a former Epsom salt mine. In the 1920s, a 28-mile wooden monorail was used to transport the salt.

In the Panamint Mountains, a 55-acre former gold mine prospect at 8,230 feet on Porter Peak was patented by the Haskell Mining Company in 1919. Historic artifacts such as glass and pottery shards, a concrete and steel monument, and mine shafts provide a glimpse into mining activities in the early 20th century.

The park purchased 80 acres at 1,000-foot-elevation in Saline Valley. The salt flats

consist of a crust of delicate crystals covering mud. The landscape is stark and open with sweeping views.

Twenty acres have been acquired in Marble Canyon in the northwest corner of the park.

Placer mining, where water is used to separate heavier gold from sand or gravel, began in Marble Canyon as early as 1882, causing the local population to swell to around 200.

In 1934, miners discovered large gold nuggets on the bedrock, but by 1960 most mining there had ended.

At the opposite end of the park near the southeast border, 36 acres of former quartz mining land in the Black Mountains have been purchased. Among the creosote, brittlebush, and burrobush lie several mine shafts, some ten feet deep.

Since 2006, the Mojave Desert Land Trust has acquired 17 parcels totaling 1,039 acres within Death Valley National Park —almost all of which have now been conveyed over to the National Park Service.

“These lands help piece together Death Valley National Park and protect the integrity of ecosystems, enhancing National Park Service management of natural resources. They are representative of the rich natural, cultural, and scenic values of this precious National Park,” said Geary Hund, Executive Director of the Mojave Desert Land Trust.