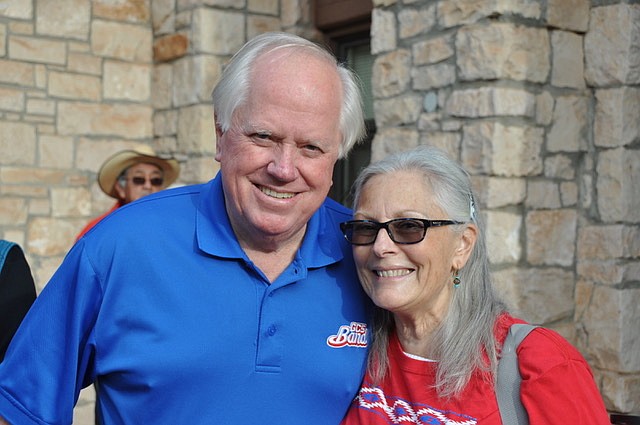 GRAND CANYON, Ariz. — Four years ago, Tom Rowland and his wife, Judy, got a phone call that changed the trajectory of their comfortable, retired lives.

Rowland learned the Grand Canyon Unified School District was in need of an administrator to add some stability and leadership to the small, rural school, and so the couple relocated from their suburban home near Houston, Texas, on their latest professional adventure.

When he arrived to serve as vice principal, Rowland learned that the school had been through a revolving door of both personnel and curriculum, and the students seemed to be suffering from high teacher turnover. He served one year before accepting the position of principal following the abrupt departure of his predecessor.

He’s been at the reigns for the last three years, settling the school into a curriculum that works, retaining good teachers, watching AZ Merit scores rise and preparing the next generation of administrators.

That’s a lot of accomplishments in a short time, but on June 30, 2019, Rowland is calling it a job well done, retiring now for the fourth time.

Is he ready to go? If you ask Rowland, he’ll pause for a minute before saying he has a little bit of ambivalence.

“I’ve worked since I was a sophomore in high school,” he said. “My father got sick and I had to quit athletics and go downtown and get a job cleaning the store. I’ve worked every year since then, and that was in 1961.”

It’s been a long road — through college, the military, marriage, children and a career change. All told, that’s 45 years of teaching for both Rowland and his wife.

“To think that I’m going to walk away and do nothing on days the school buses run is kind of scary,” he said. “It’s a shift. When you finally say ‘I’m retiring’ for the last time, you’re saying ‘I’m too old to go back now.’ There’s no turning back. It’s something my wife and I are going to have to adjust to — spending more time together.” 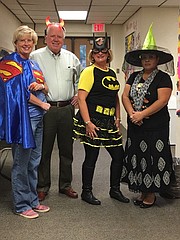 Rowland revealed he never set out to become a teacher. He had graduated from high school and attending college, working toward a degree in staying out of the army. When the Vietnam War escalated, Rowland said he faced a choice.

“I joined the Navy so that I wouldn’t get drafted into the Army,” he said. “I got assigned to the naval hospital in Guam.”

Newly married, he and his wife, Judy, relocated to the tiny island in the South Pacific, and while he was there, Rowland discovered teaching was something he had more passion for than being a businessman.

“I wasn’t really much of a businessman,” he joked. “I don’t really care to sell anything.”

While attending to wounded Marines, Rowland discovered that many didn’t have their high school diplomas, so when he read in a magazine that the University of Maryland had a GED program, he contacted them and asked for materials to be sent to the hospital so soldiers confined to their beds could study and receive their GED certificate while they were recuperating from their injuries.

Through Rowland’s tutoring, around 16 Marines received their diplomas. It earned Rowland a Navy commendation, but it also sparked his love of teaching.

“It just kind of stuck with me, I enjoyed it,” he said. “When I went back to work in the working world, I hated it.”

When he retired from the service, both Rowland and his wife, who had been working a clerical job at the hospital with him, enrolled in a local teacher’s college in east Texas. They both started teaching in 1973.

There’s no question Grand Canyon School has improved, both measurably and not, under Rowland’s guidance.

One of the first things he set out to accomplish was stability for both students and staff.

He said his first order of business was recruiting good teachers, treating them in a way that encouraged them to stay and moving the school to a more student-centered schedule.

“When colleges give out almost $400,000 in scholarships to about 20 kids, that’s a pretty good deal,” he said. “Seeing this community fall behind the school and be proud of the school, and controlling the teacher turnover that was so evident here has been my greatest pride. Working with great teachers to teach great kids.”

Whatever steps Rowland has taken both evident and behind the scenes — it’s worked. Grand Canyon High School received an A on its latest round of AZ Merit testing, and the elementary school was close on its heels. They were also the highest-ranked rural school in U.S. News and World Report’s, coming in 44th overall out of all the schools in Arizona. They were the only rural school in the top 100.

It’s a very high note to exit on.

But Rowland won’t be leaving his successor unprepared. That was another thing he insisted on when he took on the job. Along with Superintendent Dr. Shonny Bria, Rowland handpicked his potential successors —former teacher and Dean of Students Lori Rommel, and former teacher and business manager Matt Yost. Rowland said both prepared diligently to take over as either superintendent or principal — it was important to have the continuity in administrators that had been lacking in the past.

After a lengthy selection process, Yost was chosen as the new principal, and will take over July 1. Rommel will remain Dean of Students and director of curriculum, as she’s had great success implementing Beyond Textbooks across the district.