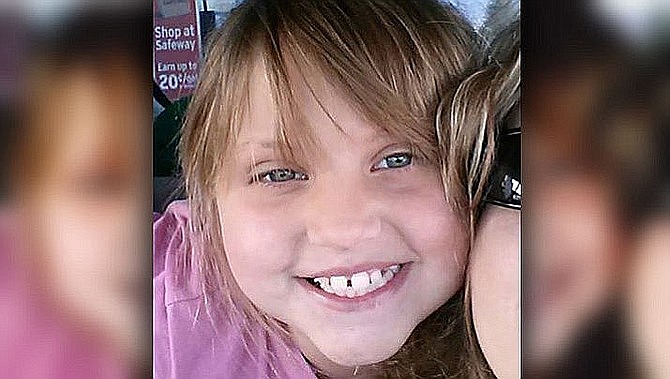 The family of Isabella "Bella" Grogan-Cannella said justice was served after Justin James Rector pleaded guilty to her murder earlier this year. Rector was sentenced to life in prison. (Courtesy photo, file)

KINGMAN, Ariz. – An evidentiary hearing in the case of Justin James Rector is on schedule to commence July 11 in Mohave County Superior Court.

Rector is charged with murdering 8-year-old Isabella Grogan-Cannella of Bullhead City in September 2014. Thirty-year-old Rector was a guest in Isabella’s home when she was reported missing. Her body was found in a shallow grave nearby.

Earlier this year, Rector wrote a letter to the court claiming that his previous counsels withheld disclosure information such as physical and forensic testing results. Rector said he hadn’t been provided that information as of late January. The evidentiary hearing is in regards to Rector’s claim.

Rector had pleaded guilty in December to first-degree murder after deciding to represent himself in the case. Under the plea deal, charges of kidnapping and child abuse were dismissed. However, in light of his claims, Judge Lee Jantzen vacated Rector’s Jan. 30 judgement and sentencing to allow for the evidentiary hearing that is now set for 9 a.m. July 11.

Attorneys for Rector and the state told the judge that they expect to be prepared for the hearing come July 11.