Late snowstorm leads to multi-vehicle crash on I-40 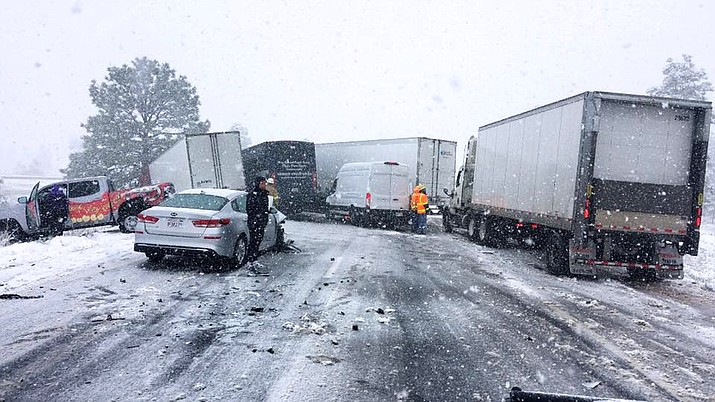 A multi-vehicle accident blocked I-40 westbound at milepost 178 near Parks May 23. A late spring snowstorm contributed to the accident. (AZDPS/photo)

PARKS, Ariz. - A multi-vehicle crash blocked the roadway on westbound Interstate 40 at milepost 178 near Parks this morning, May 23. 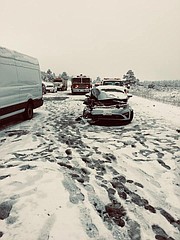 A multi-vehicle accident blocked I-40 May 23. (Ponderosa Fire/photo) 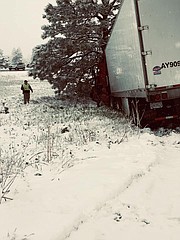 No major injuries were reported.

Williams Unified School District teacher Beverly Stearns, who was recently selected as Coconino County Teacher of the Year, was involved in the accident while driving the vehicle donated by Findlay Toyota. Stearns was reported to be uninjured in the accident.

The National Weather Service is recording snow in the inches near Flagstaff, Williams, Seligman and at the Grand Canyon's South Rim.

The weather service says measurable snowfall in Flagstaff in late May is unusual. It's happened less than a dozen times since record keeping began in 1898.

Snow is expected to linger through Thursday afternoon.

Associated Press contributed to the story.