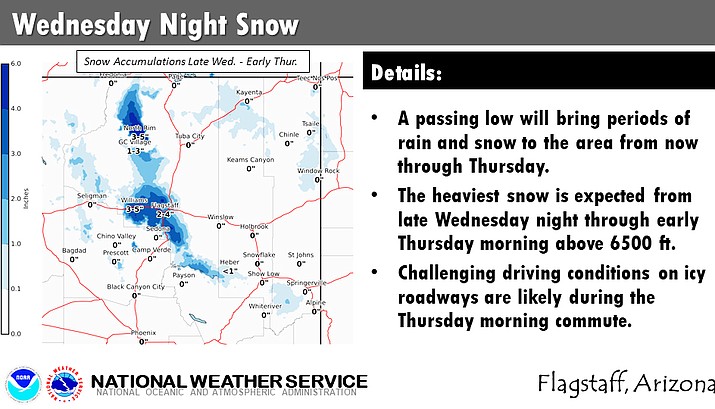 GRAND CANYON, Ariz. – Significant snow is in the forecast for the higher elevations of Northern Arizona, according to the National Weather Service.

Between 1-3 inches of snow is predicted for the Grand Canyon region, 3-5 inches of snow for Williams and 2-4 inches in Flagstaff. The heaviest snowfall is expected late Wednesday night through early Thursday morning.

The predicted snowfall could cause hazardous driving conditions tonight and early tomorrow above 6,000 feet.

According to NWS, an unseasonably cold low pressure system will deliver high temperatures between 20-30 degrees below normal for late May. Because of this many locations could break daily records for coldest high temperatures.